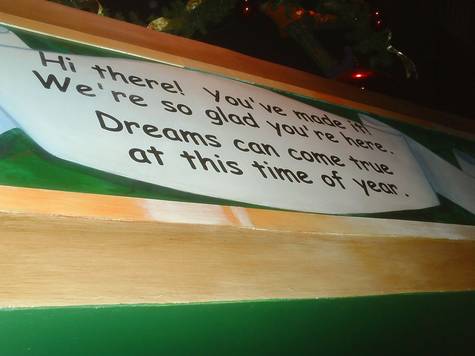 645 people have signed this petition. Add your name now!

Since 1963, the Minneapolis Macy’s, formerly Dayton’s and then Marshall Fields, has hosted an elaborate, special holiday display in their 8th Floor Auditorium. Animatronic and stationary figures depict a specific theme every year, in which visitors to Macy’s can walk through, take pictures, buy a cookie, and meet Santa Clause. The story or theme has changed every year, ranging from The Velveteen Rabbit, Cinderella, The Wizard of Oz, Harry Potter, Dickens’ Village and the list goes on.

When Macy’s bought out Marshall Fields prior to 2008, the public worried that they would no longer continue this tradition. Fortunately they did and introduced an original story titled “A Day in the Life of an Elf.” Although a fun and new theme, visitors were soon confused during the 2009 unveiling that “The Day in the Life of an Elf” was “back due to popular demand.” And again in 2010……and in 2011…..

Here we are in 2015 and the Elf theme is back once again with little change or luster, simply having been taken out of storage, dusted off and put back up. Resident Minnesota viewers are now wondering what happened to the yearly story change as this was once part of the magical tradition of Christmas time. Macy’s responded to questioning with a lack-luster response:

“Just like Macy’s Believe campaign, we have created a new holiday tradition [with the display] – a story that is unique to the Twin Cities and cannot be viewed or experienced anywhere else,” … “It’s much like other magical traditions such as seeing the Nutcracker or the Christmas Carol – it’s all part of the magic of the holidays.”

Although the comment of “creating a new tradition” with the same display make seem noble, any common-sensed person can identify that this is a cost-cutting measure. It doesn’t look like Macy’s is wanting or intending to ever change the display again so this petition has been created as means to convey to Macy's that Minnesotans want the old tradition back, and care given once again to our holiday tradition.