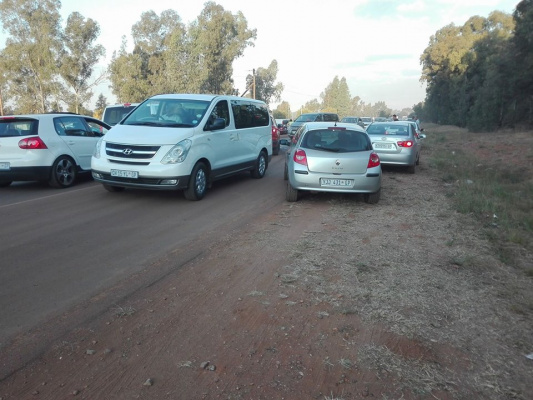 We the undersigned hereby support our neighbourhood as an Agricultural area against the intrusion wrought by the annual Lusito Land Festival having bought the property, where the festival will be held, with the intention of developing the premises, without proper consultation nor approval by the residents in the area. As far as we are aware, an environmental assessment has not been completed, and the local residents have not been consulted or their objections noted. The music festival has now been (for the second time) held on the premises without any consultation with the land owners or the people living on these lands. Being an agricultural area, most of the plots have animals. These being mainly livestock and equestrian, other animals include game, domestic pets, indigenous wild life and birds (Owls) etc. The two properties running parallel to the Lusito Land ground are the most affected, both having their privacy invaded and well-being destroyed. The noise generated during the festival unsettles all the animals as well as neighbours. Depending on the wind direction, the noise can be heard by farmers as far away as the Heineken Brewery. However the residents of Alewynspoort are the most affected. There are students who need to be able to study without noise pollution. We hereby petition against the holding of a festival in an agricultural area.

A second major concern is that of air pollution, caused by the dust which is suspended in the air from the heavy traffic. This not only erodes good soil away, but causes respiratory illnesses and the settling of dust within the homes. Again, there has been no ecological study done that we are aware of. Previous complaints have been to no avail.

We therefore demand that our constitutional rights of the enjoyment of our properties be respected in a manner that is consistent with the law and with good governance.