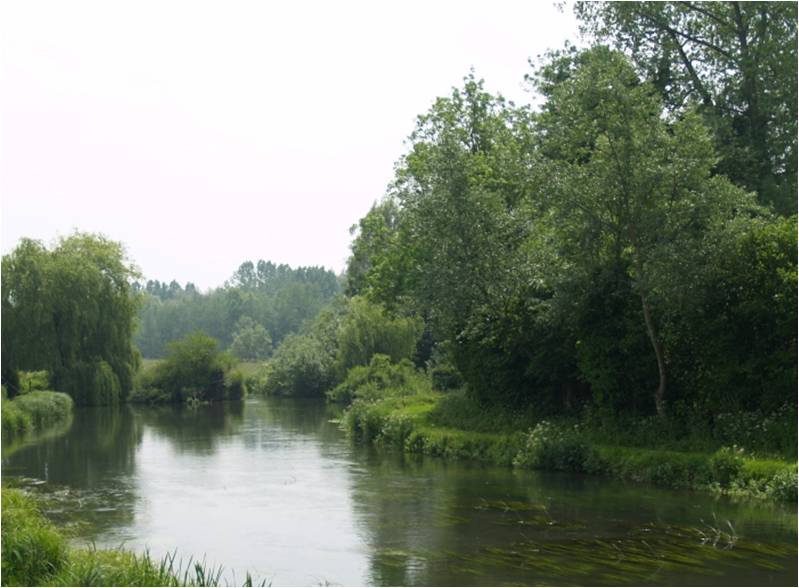 PETITION TO ENCOURAGE THE URGENT RE-STOCKING OF THE RIVER KENNET IN THE READING AREA!

After many years in serious decline, fish stocks in the River Kennet around Reading have reached such perilously low levels, that most species of coarse fish are now at the brink of total extinction from many stretches.

This perilous position has been reached despite the fact that, today the Kennet provides an excellent habitat for most native species of coarse fish.

The local organisation that manages most of the waters under threat is the Reading and District Angling Association (R&DAA). For a number of years, the association has worked extremely hard in a well intentioned effort to improve the river environment and thus help fish numbers recover. This approach, with its focus on long term sustainability, depends on the existence of a viable population of each fish species.

Unfortunately, fish stocks in the River Kennet around Reading have already fallen well below the level at which they are able to regenerate themselves naturally. In light of the many threats posed to coarse fish in the waters, only a major re-stocking programme can offer any hope of restoring the river to its former glory.

With only a few very large, elderly specimens of Chub and Barbel still lurking in a number of stretches of the river in this area, the overall picture is extremely grim, especially when compared to the healthy river that existed less than thirty years ago.

In the 1980’s fish stocks in the Kennet were very healthy and most river species (Chub, Barbel, Dace, Roach, Perch and Gudgeon) were present in abundance. Anglers flocked to the banks in great numbers, some from long distances. Those that were able to master the appropriate technique for fishing fast flowing water were often rewarded with impressive catches.

There are many factors that have contributed to the almost total decimation of the population of coarse fish in the River Kennet: Predation by Mink, Cormorants and Otter; water extraction;the damaging impact on the natural habitat by‘Red Signal’ Crayfish; illegal poaching and the loss of spawning areas due to silting of gravel beds.

Whilst the collapse of fish stocks in the river has seen anglers desert the Kennet in vast numbers, most still view the water with great affection. Many of these disenchanted anglers would happily abandon commercial carp fisheries and return to the beautiful River Kennet, if only there was a realistic hope of catching something.

Despite the best efforts of the association over many years,it has been unable to regenerate the fish stocks in the River Kennet by focusing on habitat alone.Without a sufficient breeding population or large enough head of juvenile fish, the River Kennet stands no chance of recovering.

The only hope for a recovery in fish stocks in the River Kennet around Reading lies in a change of policy by the R&DAA and an urgent and sustained re-stocking programme.

Whilst the association has long been happy to invest in stock fish for its still water venues, it has up to now steadfastly refused to extend this approach to the River Kennet. However, with the natural habitat of the River Kennet now restored to such good condition, a significant and sustained re-stocking programme has a high probability of success. The river can once again be the jewel in the R&DAA’s crown if only the association is prepared to invest in its greatest asset.

What can you do to help save the Lower Kennet?

1. Please sign this petition, (to help demonstrate to the R&DAA the weight of feeling).

2. If you are a member of a club associated to the R&DAA, speak to your club secretary. Ask them to lobby the association and request an urgent change of policy. Ensure that they apply real pressure for change at association meetings. Local anglers pay a lot of money to fish waters that are almost devoid of fish and have a right for their concerns to be addressed.

3. Regardless of whether or not you are an R&DAA member you can contact the association's fisheries officer, Del Shackleford, direct via Twitter @Delshack. Be polite, but keep up the pressure for change. The R&DAA has tried the same approach for many years and it is clearly not working. It is time for change!

4. Spread the word! Blog, email and Tweet about this topic, mention it on Facebook. Speak to other anglers about getting the R&DAA to start re-stocking the Kennet.