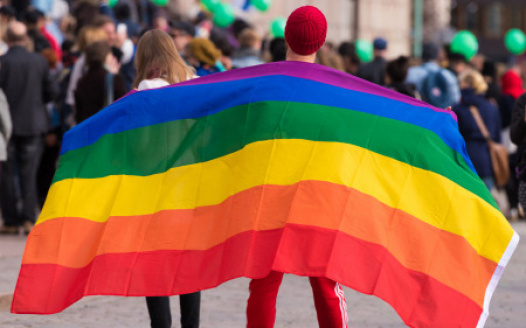 Lesbian, gay, bisexual and transgender citizens generally have limited or highly restrictive rights in most parts of the Middle East, and are face hostility in others. Homosexuality is illegal in 10 of the 18 countries that make up the region; and punishable by death in six of these. The rights and freedoms of LGBT citizens are strongly influenced by the prevailing cultural traditions, its history of being colonized, and religious mores of people living in the region - particularly Islam. The LGBT community faces significant obstacles, including criminalization of same-sex conduct (and, in a few countries, gender non-conformity), arbitrary arrests and ill-treatment, forced anal examinations, lack of gender recognition for transgender people, violence by state and non-state actors, restrictions on freedom of expression and association, family rejection, starvation, beatings, and community stigma.

Rainbow Street is an international NGO that provides a lifeline for exceptionally vulnerable LGBT people in the Middle East and North Africa. Rainbow Street works with local activists and partner organizations to provide shelter, food, clothing, health care, migration services, community support, and other essential resources to people facing extreme discrimination based on their sexual orientation or gender expression.

Stand against the cruel and inhuman treatment of citizens that encompass the LGBT community. Stand for humanity.