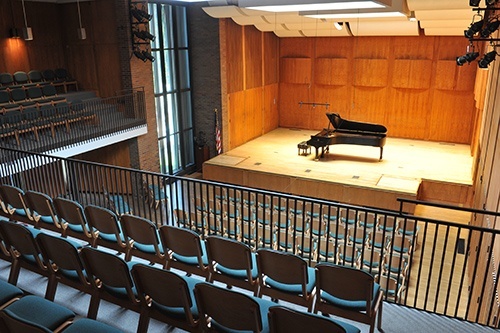 The undersigned members of the Longy community would like to share some feedback on the recital scheduling process, particularly the way that the new dates have been released in Pickman Hall. The first issue we'd like to bring to your attention is the rollout of the initial dates. The announcement was hidden in the Monday announcements, alongside advertisements for Longy events and programming. It was also not announced in the Slack, despite the fact that we'd been told to monitor the Slack for important announcements. This led to many students not knowing about the dates being available until a second email was sent out.

Despite this, many students selected their dates from the ones available in the first week the dates were released. We were working with the dates made available, which, as you know, were few. Often, the only available options for Pickman Hall were in the morning during the week, which is a very difficult time to find an audience for a recital. However, we thought we had all the information and worked within the dates given to us, thinking it was a fair process.

With the release of these new dates, students who did not take the initiative to sign up for dates when initially released will now get first choice of a spot in Pickman Hall. The rest of the student body, who picked dates working under the constraints given to us, will not get a fair shot at these dates.

Now, Longy is “offering” First Church as a performance space for $525, plus $100 for live-streaming. We understand that there is limited space here at Longy. However, the responsibility falls on the institution, not the students, to make it possible for all students to have a fair shot at a professional performance space. This recital is a requirement to earn our degree - students should not have to pay out of pocket on top of their already-paid tuition costs in order to secure an adequate space and time.

If our recitals are truly meant to represent what we hope to do after graduation, be the culmination of our studies, and represent ourselves as artists, Longy should support that through a clear, fair, and organized scheduling process for recitals. If there is not enough space available for that to happen, that is an existential issue for the school that needs to be dealt with by administration rather than passing these mistakes onto students. We truly believe in Longy’s mission to encourage students to create meaningful, transformative concerts. However, when the process is this obscure and frustrating, it makes it difficult to achieve this goal.