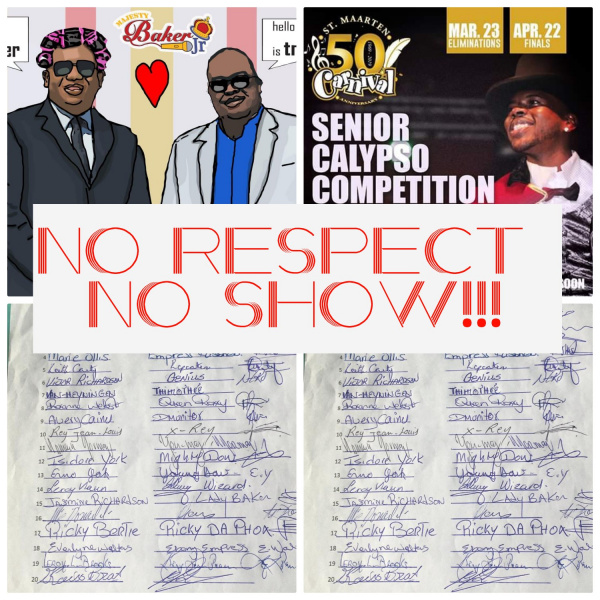 What does it mean to embrace our culture?

Hold our culture closely in our heart with love and devotion, especially as a sign of affection. Which is the arts and other manifestations of human intellectual achievment regarded collectively. Our traditional culture is something we all respect and uphold, the transmission of customs or belief from generation to generation, which is being passed on in this way.

How can we ever forget one of St. Maarten’s legend One-Tété Lohkay, who held her own during slavery and stood up to her oppressors. An article in the Daily Herald described her as a woman who stands for defiance against injustice, for rising up in the face of tyranny and oppression. She has been called a female freedom fighter in St. Maarten’s days of slavery and can be considered an example of rising up against oppression.

With that being said, I am asking the general public to stand with the Calypsonians, Booth Holders and Promoters against the injustices of the SCDF. SXM has a rich history culture and we the people have the rights to protect it. Calypso have been a part of our culture since slavery, the art form was a way the slaves would express themselves from the oppression of their slave masters. The SCDF is trying to destroy this tradition and many more with their favoritism and bias ways. Booth holders that held booths for 49 years or so are now being evicted for no good reason. The Junior Calypso show is no longer in existence and these are the kids who will be carrying on our tradition for year to come. Promoters are being treated unfairly due to financial gains, shows are being ripped apart from them and so forth.

We the SXM Calypsonians are no longer compromising our integrity by turning a blind eye and accepting these injustices. We seeking justice, fairness and a revamped of the entire SCDF. We need people in charge who fair and unbiased. We need a foundation who will protect our culture and not run the foundation like a political battle field. It should not be about monetary gains, it should be about, our heritage, culture, community, our land and we the people.

Please be kind and sign the petition to preserve our culture. Long Live Our Culture And Long Live Calypso.