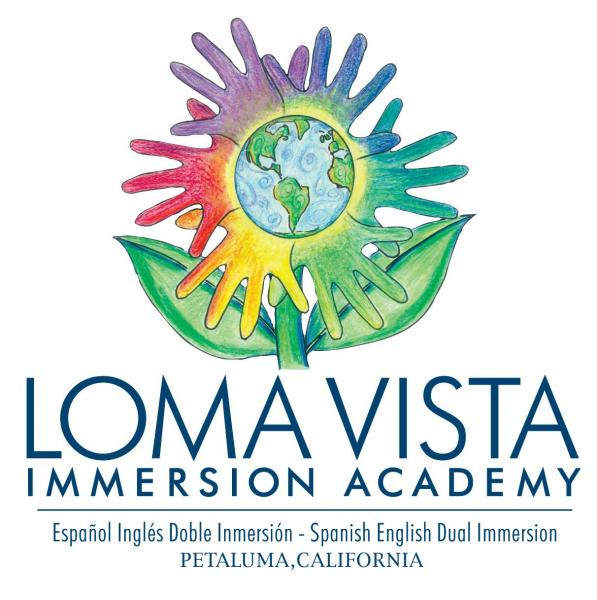 To: The Old Adobe Union School District Board

Concerning: The placement of 12 Transitional Kindergarten (T.K.) students enrolled at Loma Vista into a District wide, English only, T.K. program at the Miwok Elementary school.

We are a group of parents who have children who attend the Loma Vista Immersion Academy or have enrolled our child(ren) with the intention that they will attend this school. We are not in agreement with the District decision to have 12 Transitional Kindergarten students who have enrolled at Loma Vista attend a program taught only in English at the Miwok Elementary school for the following reasons:

1. Numerous research studies indicate that the sooner a child is exposed to a second language the better. The 90/10 model of Dual Immersion was specifically chosen for the Old Adobe Union school district program because of the developmental nature of language acquisition. The goal is and always has been to “immerse” our children in the Spanish language at the earliest possible age. Native English speaking children attending a Transitional Kindergarten program at Loma Vista would reap the developmental rewards of being exposed to a second language very early, when they are the most receptive to language acquisition. These children would later enter their Kindergarten year with a strong introduction to the Spanish language and an academic advantage over their peers who enter the program from English only preschools or English only T.K. programs.

2. Many children who attend T.K. programs are transferred into a regular Kindergarten program as soon as they turn five. Their parents plan to have their children attend regular Kindergarten as soon as possible. Children who leave the English only T.K. program at Miwok to enter the Dual Immersion environment at Loma Vista, will be at a disadvantage over their peers who have been immersed in the language from the start of the school year. This creates stress for the child and his/her family and puts additional stress on the Dual Immersion teachers who must try to integrate these students into the classroom.

3. Research also indicates that it is advantageous for native Spanish speakers to gain a strong foundation in their native language prior to the introduction of learning in English. It is therefore advantageous for these children to begin their studies in the Dual Immersion environment at Loma Vista rather than in an English only T.K. program.

6. Some of the parents who have enrolled their children in the T.K. program at Loma Vista have done so because this is their neighborhood school, and/or it is within walking distance of their home. Having children enrolled at their neighborhood school is beneficial for numerous reasons, and it encourages parents to get involved in their schools because the location is readily accessible.

10. Staff and parent volunteers at Loma Vista work very hard to recruit students into the Dual Immersion program. This year we had three Open Houses at our school and participated in numerous outreach strategies including: door to door recruitment; informational tables at local events; the distribution of brochures and Flyers around town, and word of mouth recruitment by our Loma Vista families. We have worked very hard to keep our program strong and growing. Our recruitment efforts are apparent in our enrollment numbers.We have enrolled two full Kindergarten classes, which include the twelve Transitional Kindergarten students. It is a hardship to ask the staff and parent volunteers at Loma Vista to begin recruitment efforts anew after having fulfilled our recruitment goals. This also puts our program at risk for not meeting the enrollment requirements needed for the long term success of the Dual Immersion Program. These T.K. children should be enrolled at the Loma Vista Immersion Academy, where they were recruited, and in the program their families chose for them to attend.

11. The District has invested wisely in starting and supporting the Dual Immersion program. This program has demonstrated a proven ability to help retain in district students, as well as recruit out of district students into the Old Adobe Union school district. Nevertheless, this program is still relatively new, and has unfortunately, gone through many changes over the years. Now that we have a stable school location and Principal, we need to work on maintaining stability and creating a strong reputation within our community. In order to continue the growth and success of our program, it is important for the District and school Board to understand the differing needs of a Dual Immersion program. We should be encouraging parents to enroll their children in a Transitional Kindergarten program at Loma Vista. We should be helping parents to feel happy and secure about their decision to send their children to our Dual Immersion program. We should be giving their children the gift of an additional year in the Dual Immersion environment, thereby providing them with an academic advantage and allowing them to settle into and thrive in our Dual Immersion program.

In conclusion, we respectfully request the following:

A. That the 12 Transitional Kindergarten students who registered at the Loma Vista Immersion Academy be allowed to attend a T.K. program at Loma Vista.

B. That these children be enrolled in either a separate Spanish/English immersion T.K. program at Loma Vista or:

C. Be integrated into the Spanish/English Kindergarten programs at Loma Vista.

Thank you for your consideration of this very important matter. We hope that you will consider restoring our T.K. students to Loma Vista at the earliest possible date.