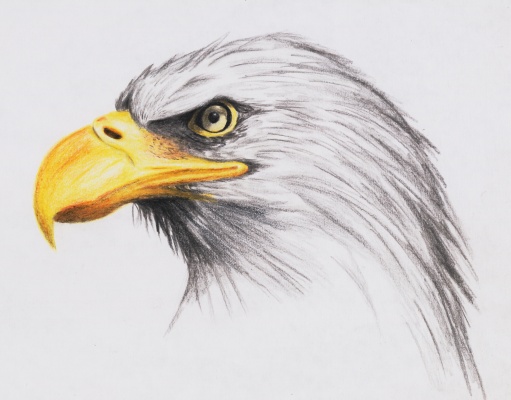 The following is a petition and criminal complaint to Manatee Sheriff Office, Florida Department of Law Enforcement, the Florida House of Representatives and Florida Senate, the Florida State Attorney General and the U.S. Attorney General to criminally charge, impeach and remove Florida Governor Ron DeSantis, Patrick Neal, a member of the Florida Judicial Qualification Committee, and Vanessa Baugh, a Manatee County Commissioner, from office for crimes committed in office.

Those crimes are listed here in Section 1 are for the reasons that follow in Section 2 of this complaint. DeSantis, Neal and Baugh committed all of these by their actions described by statutes listed here;

Under Florida Chapter 825 Abuse, Aggravated Abuse, and Neglect of an Elderly Person or Disabled Adult

Title 18, U.S.C. Section 242, Deprivation of Rights Under Color of Law

(The following information is borrowed and re-worded from The Bradenton Times article, “A Disgrace of Epic Proportions”, by Dennis Maley, February 21, 2021).

The governor of Florida, some politically-connected developers, and our Manatee County commission chair, Vanessa Baugh, have conspired to ensure that some of the richest and least at-risk members of our senior community were allowed to jump the line in order to receive what is supposed to be a lottery system for getting the COVID vaccine.

Republican governor Ron DeSantis has been hosting "pop-up" vaccination events throughout the state. Many of the sites chosen for the events seem to be Republican strongholds tied to powerful GOP donors, including one of Pat Neal's developments in Sarasota County.

Schroeder Manatee is the company that developed Lakewood Ranch. Its CEO, Rex Jensen, told the media that Neal called him, with DeSantis on the line, and asked about having such an event in a couple of Lakewood Ranch communities. Fearing backlash from other LWR neighborhoods that weren't selected, Jensen has said he decided to get the county involved through Manatee County Commission chair Vanessa Baugh, who is not only the commissioner for Lakewood Ranch but was elected with Jensen and other SMR entities providing her biggest block of financial support.

Rather than simply turning the matter over to the county health department and continuing to draw from the lottery pool of approximately 150,000 qualified residents who've yet to be vaccinated, Baugh decided that they would come exclusively from two zip codes in her district, which happen to be among the wealthiest three zip codes in the county and have COVID numbers that are among the lowest.

Instead the 3,000 doses would be going to her 34202 and 34211 Manatee County seniors, and the odds were increased that they would be delivered to those who needed them the least, jumping past many less-resourced, higher-risk residents who’d have to wait for their name to be drawn from a much larger pool. There were only around 7,200 residents eligible in those two zip-codes—which have a median income of around double the county and their odds of receiving the vaccine would obviously be drastically improved. The other zip code in her district, 34203, and 27 other Manatee zip codes would excluded. 34203 is a mainly middle to poor income area, many of it's citizens on fixed incomes, disabled, elderly, black, and brown. Mobile home parks abound. It seems as though, a neighborhood that does not and cannot contribute to political campaigns, was omitted from receiving any of the three thousand extra doses sent by DeSantis. Pat Neal Communities, 8219 Lakewood Ranch, Bradenton is also located in 34202. It was a way for Neal, Jensen and Baugh to to go around the lottery process to obtain vaccines for family, friends, constituents, neighbors.

DeSantis' PAC, Friends of Ron DeSantis, received $125,000 from Pat Neal when DeSantis was running for governor and $900,000 from Jensen family members. Baugh received $50,000 from Neal and donations from Jensen too, during her campaigns for Manatee County Commission. Clearly, Pat Neal used his influence with the governor to help his friend Jensen, and Baugh, HIS commissioner elect, get the vaccine for HER constituents-the wealthier less at-risk ones.

Baugh then directed staff to add five individuals to the list that wouldn't even have to take their near 50 percent chances, including Jensen and Baugh herself. A county commissioner who is worth millions of dollars actually used her position to jump to the front of the line for a dose of the covid vaccine, while hundreds of thousands of people in the county, many of them poor and at heightened risk for death should they contract COVID, continue to hope they'll get lucky and get called from the county-wide lottery pool to receive their vaccine.

Manatee citizens are justifiably livid. DeSantis flippantly proclaimed that if we didn't like the way he was doling out potentially-life saving vaccination doses, he could just as easily take them elsewhere.

No one should play politics when it comes to a deadly virus. But that's exactly what she, the governor, Jensen and Neal did. These aren't their vaccine doses. They are the people's vaccine doses and should be delivered in a manner that is just and equitable.

DeSantis shouldn't be calling private citizens who happen to be big-time GOP donors, offering to set up shop in a place that will make all of them look good to people they care about. He should be calling the doctors at our health departments and asking how giving them thousands of additional doses might best benefit their community, not singling out groups that were to get preferential treatment. It should have been based on heightened risk, not heightened political payoff. A county commissioner approached about helping a private citizen whose money and donations entitles him to a direct line to the governor about assisting, should do the same.

Baugh should have no choice but to resign. But as she said Tuesday, she wasn't going to. In her mind, she's a victim, just like the governor, of mean people playing politics.

Baugh admitted Tuesday that it was she who directed Public Safety Director Jacob Saur to use the zip codes she herself had chosen. Directing staff is not the role of an individual commissioner or even the chair.

On Tuesday, February 15, after Baugh not only confessed to orchestrating the two-zip code stunt, but to abusing her position by way of putting her own name at the front of the line! Baugh said she will not be resigning and the only one who can remove her is DeSantis. If charged with a felony public officials lose their right to hold office, run for office, vote, and may also be impeached by the Florida Legislature, Senate and removed from office.

It is unlawful for a public servant with corrupt intent to obtain a benefit for any person or cause harm to another, or to falsify, conceal, obstruct communication of information that directly affects the agency or public entity. (Other commissioners were in the dark about the extra doses) A person commits bribe receiving by soliciting, agreeing or accepting a benefit with intent to violate a statutory duty to which that person is subject. Commercial bribery is committed when a person, if knowing an official is subject to a statutory duty, tries tries to influence the official to violate that duty. It is also unlawful for a public servant to influence or attempt to influence the competitive bid process (Covid Lottery) undertaken by Manatee County for the procurement of commodities (vaccine) and services (administration of vaccine). Likewise, it is unlawful to obtain a benefit for any person or to circumvent a competitive bid process, (lottery) knowingly agree, conspire with a public servant (DeSantis, Neal, Baugh) to violate the bid process.

A person commits theft if he obtains and benefits from acquisition of the property of another by means meant to deprive that person permanently or temporarily of his property for his own or another's use. (The vacine belongs to all citizens) DeSantis, Neal and Baugh all deprived citizens of a chance to receive the vaccine.

It is unlawful to commit, cause or attempt bodily injury (denied 28 zip codes vaccine) to any person because of race, color or national origin. Whoever, under color of law willfully subjects any person in the U.S., to the deprivation of any rights, privilages secured and protected by the U.S. constitution or U.S. Laws and it results in death can be imprisoned for any term of years, for life, or sentenced to death.