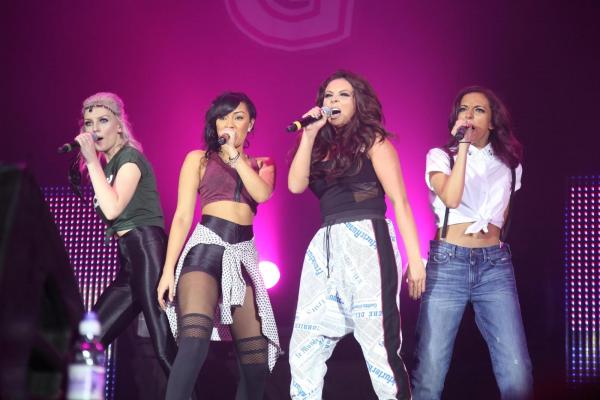 We all know the famous talented X-Factor winners Little Mix! They've gone from the first band to win X-Factor to breaking the Spice Girls' Record on their Debut album 'DNA'. Move became a hit single from their second album 'Salute' and we can't wait for what's to come next!

But for now, they haven't quite broken the American Industry just yet. It takes small steps to achieve this goal. Ellen sounds like a great place to start don't you think? It gives viewers a taste of what they're all about and the heat of the next album that's sure to blow everyone away! And almost all America love to watch our favorite talk show host.This could give them more attention if they were to be interviewed and performed a song there.
This is what it's all about and the spice with these girls keep adding up! These girls deserve so much more recognition than they get at this point. The Harmonies are so much more efficient over the past years and they've definitely established more as a group! The dancing routines are insane and they give it their all during each performance! They don't act like something they're not and know what they're doing! And they always represent women independence!
Give these girls a chance to show what they're capable of! Even if you're not a fan, it should be intriguing to see an act that you won't forget!
Let's get these girls on Ellen!