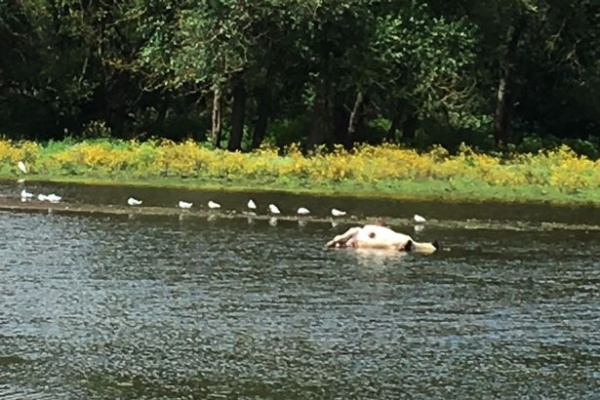 1408 people have signed this petition. Add your name now!

UPDATE - the Landowner has removed the ponies and they are now in a safe place.

I can’t stand it anymore, to watch those ponies, in the pour

‘ing rain, in suffering, and in pain

No place for ponies, grazing no good

I’d let them out, if only I could

But I and the World just pass them by

Cos we’re a little shy - to say what we think

Till, I read the news - the police the public and firemen crews

Rescued them from rising floods

So many people doing good

Doing what is right , doing what we should

I hate seeing them in there, never thought it right

To me, there’s no doubt - NO PONY SHOULD BE ON THAT LITTLE EATON FLOOD PLAIN !

This Petition is to show the landowners, the pony owners, Authorities and Services, Councils and Public Servants overseeing the Little Eaton Flood Plains that WE, the Public, consider the ponies being there to be, not only a Public Nuisance (with regular escapes onto the roads - costing public services money, roads being closed and traffic diverted, risk of danger to the public and themselves and with increasing risk of flooding, requiring fire service equipment), the ponies not being offered their five freedoms (as set out in the Animal Welfare Act) but, their being there on that Flood Plain field has a detrimental effect on the local (and wider) community and creates a blight in the area, and there is genuine unease around this situation.

We would like the landowners, pony owners and ALL relevant agencies, interested parties and volunteers to work together to get the ponies MOVED soonest to a more suitable situation.

Please, if you would like to see the rest of the ponies still on the Little Eaton Flood Plains site - REMOVED - to a more suitable and healthy home ..... SIGN (AND SHARE) THIS PETITION !! And TOGETHER we can work to make it happen.

SHARE to ALL your friends because Little Eaton Flood Plain Ponies are not the ONLY ones living this life of existence - across the UK there are 1000’s the same.

We would like to lobby Parliament to oversee Laws on FlyGrazing ... so we need this SHARED !