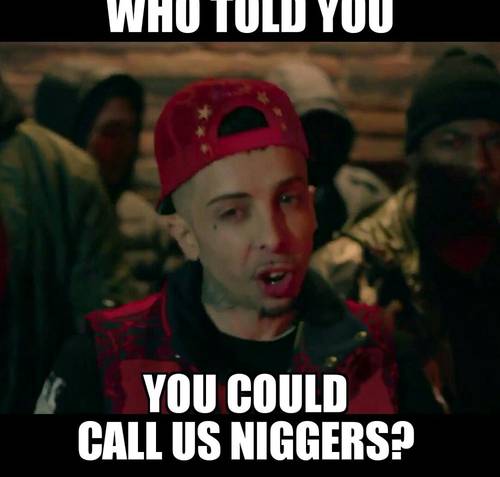 On 27 December, Link UP TV released Dappy's new video Tarzan 3, in which the white former pop star very clearly used the word "nigger" in his song.

While mocking racists for always saying they have black friends, in an ironic twist Dappy claims 2 of his friends are "my niggers". Bearing in mind that those exact words were used to claim ownership to slaves. He then goes on to make the only other reference to black people about "niggers" in prison.

As a major influence to today's youths, Link UP TV should be responsible enough to not post a video with such obviously racist content. With the racial tension and inequality in Britain being very fierce at the moment, the last thing we need is to send the message that it is OK for a white man to use a racist slur used in the times of slavery for his own financial gain. The parallels are painfully obvious and though Dappy should be held responsible for his ignorant behaviour, Link UP TV need to show they are responsible and take this video down. An example needs to be set that this behaviour should not be tolerated, let alone promoted. For this reason, the link to the video is not included, to avoid promoting Dappy.