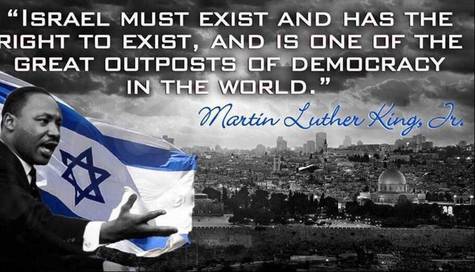 As we celebrate the life and legacy of Dr. Martin Luther King Jr during NYU MLK Week, we must also be sure to follow his lessons of love and compassion. A champion for human rights and equality, Dr. King not only focused on the injustices of institutional racism in the United States; rather, he demanded egalitarianism from the international community as a whole. Unfortunately, we still see grave inequalities in the US and around the world. Following Dr. King’s message, we students of NYU are appalled by the decision to host Linda Sarsour for Thursday, February 4th’s event. While a strong proponent for US civil rights issues, Ms. Sarsour is a staunch anti-Zionist, labeling Jewish self-determination—a right which Dr. King strongly supported—as white supremacy. She has disparaged Jews and Christians, claiming Judeo-Christian values amount to “genocide & slavery.” She has perpetuated the conspiracy that Israel is responsible for the recent surge in lethal force by US law enforcement agencies. She has tweeted a picture of a young boy with throwing stones in both hands, calling it “the definition of courage.” And, when questioned on her anti Jewish self-determination views, Ms. Sarsour scoffs at any idea of meaningful dialogue. From the aforementioned examples, it should be clear that Ms. Sarsour is no ally for universal human rights and incites hatred so contrary to Dr. King’s message of love.

“The whole world must see that Israel must exist and the has the right to exist, and is one of the great outposts of democracy in the world.”- Dr. Martin Luther King Jr. 1967