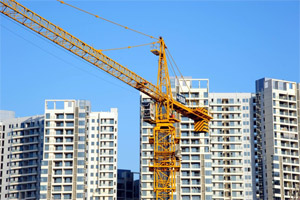 The size, square footage and capacity of new buildings throughout the city of Miami Beach are limited by existing zoning codes. This is done by setting limits on the Floor Area Ratio (FAR) in each city zone.

The Miami Beach City Charter explicitly provides for any modifications to the Floor Area Ratio. It specifies that if real estate developers come along and wish to build in excess of the current limitations, the voters of the city of Miami Beach must approve at the ballot.

The relevant provision of the City Charter, which is section 1.03(c), evolved from two very significant votes in the past. In 1997, the voters approved a measure that limited building density along the waterfront in Miami Beach, allowing exceptions only with voter approval. In 2004, voters spoke again to approve a similar measure – but that time, they extended the density limits to ALL of Miami Beach. See this article from the Sun Sentinel (click here) to review what the voters said.

Recently Commissioner Jonah Wolfson, along with Commissioners Grieco and Malakoff, have sponsored a new measure that would create a specifically targeted area bounded by Collins Avenue and Ocean Terrace from 73rd Street to 75th Street, to be designated the “Ocean Terrace Overlay", in which the building limits would be substantially increased relative to existing limits in the zoning code. The amended FAR would be 3.0. A new building height limit would be established at 250 feet, which is roughly 25 stories. Only the Ocean Terrace Overlay would be affected by the new measure.

The existing zoning code in the neighborhood allows for a generous FAR of 2.0 and height limit of 75 feet, or 8 stories, which translates to unobtrusive, medium-sized multiple dwellings.

Commissioner Wolfson would apparently disagree with that characterization, and more importantly, with the explicit wishes of the citizens. Why does Mr. Wolfson want to negate the voters' wishes, especially in the two square blocks of Ocean Terrace alone? Is it related to the fact that a deep-pocketed real estate developer has already purchased most of the old buildings between 74th and 75th streets, with grandiose plans to replace them with a high-rise condo-hotel?

The Wolfson amendment to the Future Land Use Element (the zoning law) is currently in draft form. We, the signers of this petition, are Miami Beach residents who think that the amendment is an UNNECESSARY, BAD IDEA. If the proposal reaches the ballot, we will NOT vote to make Ocean Terrace the exception to the limits on urban expansion that exist in all of Miami Beach.

We demand that the Wolfson amendment be abandoned NOW, and that any future development in the Ocean Terrace neighborhood adhere to existing zoning limits.