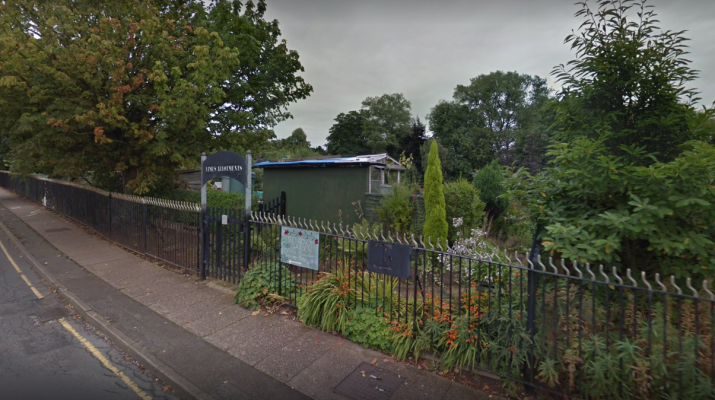 The constitution of the Limes Allotments Association sets out the requirements for dissolution; dissolution requires a vote amongst the plot-holders with a 2/3 majority in favour of handing back management to the council.

A vote has not been held, and it appears to be quite clear on the ground that the majority of plot-holders were not even aware of this change before it happened, let alone being in favour of it. This petition has been created as a tool for us to provide concrete evidence of this to the council and our local councillors.

*** “I, being a plot-holder on the Limes Allotments, call for Stoke City Council to immediately reverse the takeover of the Limes Allotments and return the management responsibilities to the Association, pending a consultation with the plot-holders, and if necessary, a special general meeting and a vote when safe to do so.” ***

(For the purposes of transparency, note that this petition was not created by the committee of the Limes Allotments Association. Both the council and the committee have been made aware of this petition and have been invited to make a statement, links to which will be added when received.)

If you could leave your name and plot number this will help us to verify the results are genuine. We completely understand that some people may be reluctant to publicly state an opinion, but we would still really like to gauge numbers from as many plot-holders as possible. If this is the case, you may drop an email to limesallotments@gmail.com stating your support (or non-support) of the petition / management transfer, and your opinion will be treated with strictest anonymity. (Also, if you send a separate email anyway, in addition to signing, we will keep you informed of any progress or additional information as it becomes available.)

The petition (online and paper) has now reached 21 signatures. Significantly, this is more than a third of the 56 or so plots. Thus, any expectation that a future plot-holder vote to dissolve the Association will gain the two thirds supermajority required is now seriously flawed. We shall continue to collect additional signatures.

A reminder, for the avoidance of doubt: the Association has NOT been legally dissolved, despite any claim to the contrary.

I have today phoned Anthony Meredith from the council’s Allotments Service and have got an update. He’s confirmed that the council’s legal team is now going to conduct a review of the situation, and this will take place next week. I’ve also just received this response in writing: “I confirm that a review is currently taking place with the Councils Legal Team regarding this matter. Once this review is complete I will confirm and set out the next steps.”

A secondary note I wanted to add – Tony mentioned that he has been the target of some unpleasant, abusive and threatening behaviour from (unnamed) plot-holders. Tony was keen to say that he is only following advice from the council’s legal team, and I would just like to request that people continue to keep the tone firm and persistent, yet civil and polite.

An update, or rather lack of an update, today. As previously mentioned, the council’s legal team were due to hold a meeting last week to review the takeover of the allotment from our Association. I wanted to give everyone an update last week, and I had been promised an update from the council on the outcome of that meeting. But, even though I’ve been chasing the council up several times since the end of last week to get a confirmation that the meeting took place and what the outcome was, I have as yet not had any information. I’ll let you know when I hear anything more.

The petition calling for the return of the allotment to the Association, as of the last count, has 32 plot-holder signatures online and on paper, which is a clear majority of members. Given these numbers, the council’s initial statement that the takeover was at the Association’s request is now untenable.

A couple of other points of note:

Last month I submitted a request under the Freedom of Information Act, to force the council to disclose the terms of the lease agreement between the Limes Allotments Association and the council. The 20 working day deadline for a response from the council was the 17th August – this has now passed with no response, meaning the council is in breach of the law.

The hedge surrounding the sensory garden is overdue a trim. I understand that the Association owns a petrol hedge trimmer, but we no longer have permission to access it. The council has been contacted to request we have access to our own equipment so we can maintain the community garden, but the request was declined, pending the outcome of the meeting last week. I’ve trimmed a small section with a very small battery-operated trimmer, but if anyone else has a trimmer and would like to help out in the meantime, even if just a small section, please do speak to Angela and I’m sure she would very much appreciate the help.

I have today received an email from the council, a copy of which can be viewed here. This is actually in response to some questions I asked my councillor last month, (probably triggered by yesterday’s BCC) rather than my more recent attempts to get some news on last week’s “meeting”. The meeting is not mentioned, but it’s not clear to me whether the author of the email was just not aware of this meeting, or in fact it never happened. It is somewhat sinister that the council are saying they will proceed with the take-over even if it is found to have been unlawful!

And that brings me to an important new point. This so-called “Deed of Surrender” is dated 30/6/2020, signed by the chair, treasurer and secretary and the email notes that these committee positions were taken up on 8/12/2017. I’ve done some more digging, and have verified that yes, the last election took place more than two years ago back in 2017. Under the terms of the constitution, the committee positions automatically become vacant pending an election after two years, so December 2019 at the latest. There was no election, and so those positions are still vacant, and the “Deed of Surrender” was therefore effectively signed by a bunch of random people who were not committee members at all. I’m not a solicitor, but the corollary of this is surely that the Deed of Surrender is null and void, and therefore the management of the Limes Allotments is still lawfully the responsibility of the Association, which presently has an empty committee. What is abundantly clear is that we need an election and a fresh committee as soon as practically possible.

I have some more avenues of exploration and will update further if anything comes of them.

I’ve today received another email from the council which can be viewed here, and my reply can be viewed here. Again, there is no mention of this alleged meeting – one can’t help but wonder if it was ever a thing. I can’t help but feel that the dialogue with the council has now reached an impasse, and further constructive discussion is not possible. But we can but keep trying – please do feel free to contact Anthony and Julian, as well as councillors yourselves, and we can possibly just bore them into submission. The more work they have to do to take control of the allotment, the less willing they will be to hold onto it.

As mentioned, I still have another couple of avenues to explore in the meantime, and will keep people updated if I hear more. Also, just want to say thank you for all the kind messages of support – keeps me motivated!

We had a splendid showing for the visit of the Sentinel reporter and photographer on Monday. Many thanks for turning up such short notice – it’s great that so many people got to have their say. I am told the article should go to print sometime in the middle of next week; I’ll send an email round to anyone I have the address for if I find out the specific day.

Many people expressed a desire to see a new committee elected to the Association, and I think a good next step might be to force this to occur at a special general meeting. Before we take this further though, can I just ask how many people would be interested in joining the committee? Please drop me an email at limesallotments@gmail.com if you’d be willing. Married couples are fine for the time being – obviously it’s not up to me to decide who gets elected (!) but I’d just like to be confident we have the numbers when push comes to shove.

On a side note, I have chased up the council for a reply to my first Freedom of Information request, which was just to get a hold of a copy of the lease in case there was any legal points a solicitor could use in there. They have now replied, and I’ve uploaded a copy here. I can’t see much of immediate interest, though it’s interesting to note that the annual rent we pay to the council is indeed £1, as I think someone once mentioned to me. This perhaps indicates the council’s motivation for taking over – although they won’t tell us why they want to take it over, it seems likely they are just after money. A later FOI request that is still in the pipeline should get us a copy of the Deed of Surrender, as well as potentially some answers to questions regarding the council’s policy towards the other self-managed allotments, and also what exact advice was given to our committee regarding the (illegal) disbursal of our funds.

Another interesting point of note regarding timeframes: I’ve found out from one of the recipients of our funds that their cheque was dated 21st July. This date is interesting on two counts. Firstly that it is two days AFTER I initially emailed the committee to question the legality of the dissolution, meaning they already knew they did not have the right to give the money away. And secondly, the date is four days BEFORE the ‘alleged’ officer meeting that was said to have occurred on the 25th July at which they decided which charities would get our money. As a reminder, that statement from the committee can be found here.

I have today sent a very long update out to the mailing list of all emails that I have. Due to the length, I'll continue to send updates just to the mailing list from now on rather than spamming this petition site. If you'd like to be included, please drop your email address to limesallotments@googlemail.com. (This is my own new email account, not the committee's email!)

(Just a reminder than this petition site doesn't give me emails of people that sign, so if anyone's not getting emails from time to time but wants them, do let me know and I'll add you! I'm also convinced I've accidentally missed a couple of email addresses off, so if you didn't get anything and think you should have, give me a poke and accept my apologies!)