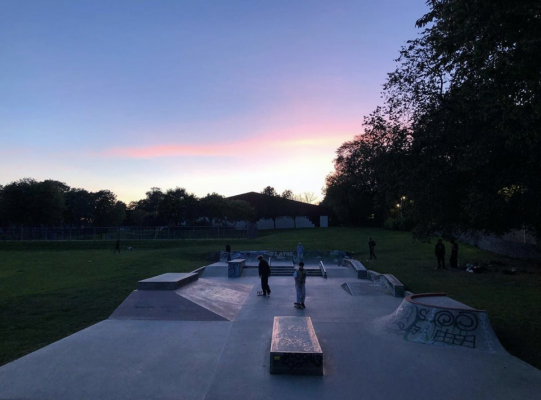 700 people have signed this petition. Add your name now!

Since the addition of the new section of skatepark at Westburn Park in Aberdeen, there has been a great rise of skatepark users (male and female) which is great to see. Unfortunately the skatepark lacks any kind of lighting which greatly restricts the useable hours of the skatepark especially when entering the autumn/winter period and also puts users safety at risk, which is a real shame considering how keen people are to use the park and stay active.

Currently users are still skating/riding at the park when it starts to gets dark, increasing the risk of injury and collisions which have happened already due to the lack of visibility.

Being a relatively small skatepark, Westburn would not take much to get fully lit up in the evenings, around three strong lights would create a safe and useable environment for all users of the park. Having street lighting near by means there is easy access to wire in new lighting for the park.

Whether it be a timed, metered or other lighting system, either would work to create what is needed in a city such as Aberdeen.

If we can show the numbers of support for this cause then there should be a higher chance of this actually happening and therefore creating a safer space for users, which is what we all want. Plenty of other skateparks in the country are fully lit when it gets dark so what makes Aberdeen's best skatepark any different?

Thank you so much for signing and helping out. :)