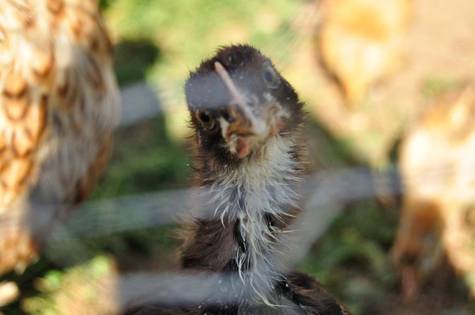 This petition is being created to send to the State of Wisconsin Department of Ag, Trade and Consumer Protection Animal Division, to request they lift the state wide ban for the sale of poultry at Swap Meets. Based on our combined experience as poultry breeders, their decision to ban Swap Meets versus County Fairs has no real evidence and was only based upon rumors/opinions. In our combined opinion, a fair poses more risk for spreading/contracting diseases than swaps. The poultry entries are placed in cages side by side without the ability to separate them from contracting diseases/bugs from their neighboring entries. At Swap Meets, the birds are localized to their sellers and not co-mingled with their neighboring seller.

There has only been one case of AI found in backyard flocks, while 6 commercial farms and 3 table egg layer flocks have been infected. This is not a backyard flock issue, this is a commercial issue. Commercial trucks are allowed to transport their poultry in open trailers, spreading their feces and feathers along the countryside from the growing farm to the processing plant. How you feel that is not a threat, is astounding. I would dread being a poultry owner along their route. It is ridiculous to burden the small flock owners with an issue that truly has nothing to do with us. The poultry ban is nonsense in every way, shape and form and needs to be lifted. Like myself, there are many small poultry breeders/sellers that rely on the swaps for our lively hood and this has been taken away from us. It has not only hurt poultry sellers, it has greatly affected other small sellers of non-poultry related sales. This has to stop! You are needlessly taking away the ability to continue on with our small hobbies, that create happiness in our families as well as others. Not only do we provide Poultry for 4H, FFA and other small children related organizations so they are able to show at the fair, there are many other animals that are sold at the swap meets. There are families that show rabbits, goats, sheep and the list can go on and on. Many of the swaps have been cancelled all together which put a big burden on the sellers that provide these animals and the buyers to acquire their choices for fair entries. We are saying as small, independent breeders we pose no threat to the avian population collectively.