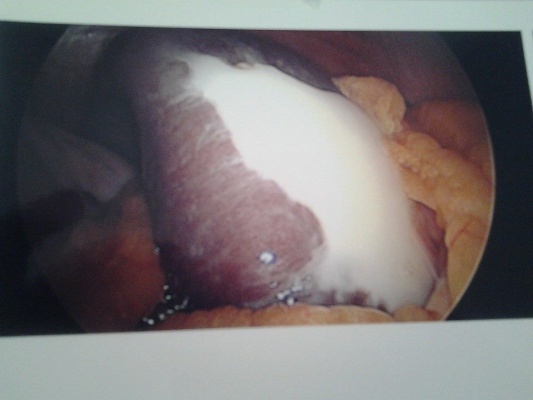 Lift the Statute of Limitations for Gastric Lapband Patients with Damage

I am looking for support for all Gastric Lapband Patients, who have suffered damage from this device. In my own experience, I was banded in 2003, I was told that, it was a reversible device with minimal damage, if it did not work out for me.

In 2005, I started having severe spasms, under the port, but they were very sporadic. In 2006 I went to a hospital ER, as it had gotten worse. They refused to do anything for me, as I was a "lapband patient" and they didn't know what to do. They refused to call in a bariatric doctor, even though they had one on staff.

Getting no help in Arizona. I returned to the original doctor across the USA, from Arizona to Wisconsin in 2007, it was discovered that the tubing, had become disconnected from the port, and the hose was hanging in my pelvis. This is not supposed to happen. The doctor felt the port was possibly causing the spasms, as I had lost weight, and things shift around. So he put in a smaller port, and sewed it to the hose, for extra reinforcement.

About 3 months later the spasms started back up sporadically. So I gave it some time, as I had to continue working, and insurance is a nightmare, when it comes to the Lapband. The pain, and spasms got so bad in 2012, I started to look for help again. Nobody took my insurance, and the one doctor, I had previously seen in Arizona, would now not see me, unless I had $500 cash up front, because I had the original doctor fix it. They told me the reason for this fee, was in case this doctor has to clean up, the other doctors mess. Getting proper health care is difficult with the band, depending on insurance. I didn't have the $500, and continued to suffer.

In October of 2013, the spasms, were happening 4 or 5 times a day, and I had constant pain on my side. I found a ER who would call a bariatric in, so I headed over there. Upon the results of my cat scan, they said my band was broke again, and my spleen had a hematoma on it. The band needed to come out immediately. When they got inside, it was discovered, that I did not have a hematoma, but that the hose was wrapped around my spleen. I had scar tissue built up on my spleen, from the hose rubbing against it. My spleen was not removed. This was not the end of my troubles. It is now 2020, I still have severe stomach spasms, which are very debilitating. They happen when I sneeze, cough, twist my body, or have abdominal pressure.

I am currently finding out, after many doctor visits, tests, and scans, and $1000's of dollars, that the port area, has nerve damage. Specifically Abdominal Cutaneous Nerve Entrapment Syndrome. I now have to go through injections, and nerve ablation to try, and fix this issue. It's not guaranteed to fix it.

Since 2013, I have searched for a attorney, to go after the lap band manufacturers. I have yet to find one, because of the statute of limitations. They claim it is too late, when it wouldn't of been too late, had I found one years ago, when I started looking for one. What can you do if no one will take the case ? The surgeon who took out my band agrees, that we should be able to sue the manufacturer, for selling a defective device. This device was sold without enough research, and it was pushed, as a safe device by doctors. Yes we signed waivers, for minimal damage we may incur, if removed for some reason. But I can tell you the damage I have, and many others have, is far from Minimal. This device should not be treated any different than a breast implant, or hip implant. Why are we any different? I am praying this petition will help people with severe damage, to get some compensation of some sort. Many are stuck with a non working devices, because insurances, or doctors, don't feel its necessary to remove it, unless your dying. So basically people are sitting with a device, that is not filled with solution, to get the desired effect to lose weight. So what is the point of having it in your body, if it is non operational ? Many insurances will fight you on getting it removed. Many have to pay out of pocket to get it out, as insurance won't cover it. This is not what we signed up for. Many of us did not know, or were not informed, that it could be a insurance issue down the road. And also, that getting treated for complications would be so difficult. And that doctors and hospitals would refuse to treat you.

Please help us in this battle to bring awareness, and to warn other people, of the dangers of having a lap band placed, and everything that goes along with it. It would be great to have the statute of limitations removed from this kind of law suit, as many patients could use help, to compensate for out of pocket medical bills due to the device, and the pain and suffering we all have endured. This is not just a issue in the USA, there are patients all around the world suffering the same issues. Canada has already started a class action suit. I think the USA needs to start one as well, with no limitations of time. Thank you for signing. Susan Taake