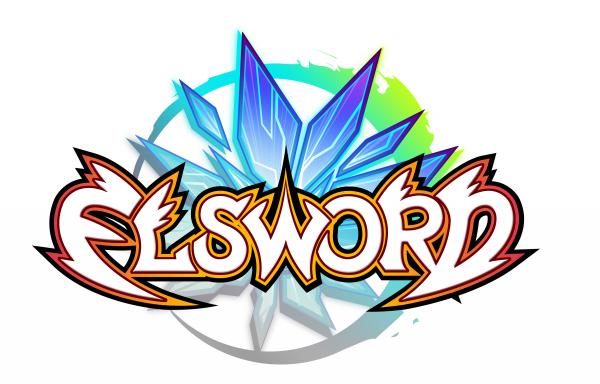 Lift the IP block for ElswordPH and do a mass unban for the remaining local PH IP addresses!

I've been playing on many different servers , none of them made me feel special and loved , except for the PH server.

There was no problem playing the game as it was in English (Unlike in most other servers , It's in a foreign language)

The community was pretty nice to me , even though I'm not from the Philippines.

I enjoyed the PH server the most and loved it the most. It has a huge playerbase , my guild members were all so friendly and fun to be with and the UI is in all in english.

Compared to other english Elsword servers like UK and NA , PH is the best for me.

Why? UK is like a deserted field , most of the players are already capped and farming high leveled dungeons.

Hence , Lots of solo-ing throughout your whole UK experience. Plus , You can try to wait for a 3vs3 PVP match in UK , It'll take you about 30 minutes.

But we're not talking about UK here! Let's get back to the topic.

I currently reside in Singapore , where Garena's main HQ is located.

First of , I joined ElswordPH because my loved one resides in PH and this is the only server he can play (because he has a really bad connection)

I joined with several other people from my ElswordUK guild , "Milktea"

After awhile , we formed our own "Milktea" guild branch here in ElswordPH.

We were a english speaking guild.

Even so , we were surprised at the number of people interested to join us!

We quickly became a family in the guild. It was as if "MilkteaUK" and "MilkteaPH" were not related at all.

The comparison between both guilds , formed by the same person , but in different servers was too huge.

The "Milktea" guild in PH was ten times more hilarious and fun to be with.

I bet lots of Milktea members can relate to my statement above right?

The guild chat was so noisy , you had to read fast and process stuff in your brain fast , or else you won't catch up with us.

That's how active we were.

I started spending money on the game , got myself the limited Ice burner set for my character , climbed up the PVP rankings and then ...

Apparently , due to the November 21st 2013 patch , Players outside of PH are not able to access the game anymore.

My heart stopped and I tried to calm myself down , while gathering most of my guild members garena messenger's usernames.

We formed a group chat on garena messenger , alot of them was really disappointed.

"What's a guild without a guild master?"

I had to take on the duty as a leader , I reassured everyone that I will find a way to get back into the game. I will make those fun times and precious bonding memories we had together come back for sure!

Everyone put their trust and faith in me. Even though I wasn't able to access the game anymore , I was surprised that the number of members we had in the guild was still growing! We're now a full house!

But things can't stay this way for a long time.

I don't want to see anyone leaving eventually because they are tired of waiting for me.

That's where YOU come in.

If you're a fan of Elsword and the PH server , I beg you to sign this petition for our sake.

Yes , This won't change much. But atleast I get to have a bunch of people supporting me as I persuade Garena myself.

Even if you're not affected by the region block , If you love ElswordPH , You would want more players right? It's not like we are disturbing your peace or something. Infact , hey , Singapore is pretty near to the Philippines. So I don't think you can really consider us "foreign" , we're all in SEA.

Maybe you don't have any reasons why you should sign this petition at all? Well, I don't know if you'll believe this but , ever heard of good Karma?

Main point is? Helping us will definitely do you good , one way or another as well.

Now let me cover some stuff regarding the Region Block.

1)Lots of foreign players already invested a huge amount of money on the game.

2)Garena failed to activate the region block before game servers became live. Hence, misleading lots of foreign players into thinking that the region block got lifted somehow. (However, There was never a region block even in beta phrase of the game)

3)Game would benefit greatly in terms of economy IF the region block got lifted, since alot of huge spenders are also foreign players.

4)Game would drop in economy due to losing foreign players IF region block stayed this way.

So we're not only thinking of ourselves here , we are thinking for the PH players as well. I myself , am a gold seller. I provide fast cash shop services for players , in exchange for their ED.

Heck , I still have stuff reserved which needs to be sold BUT I had to drop those orders , because of the region block.

But at the end of the day , I know some of you will say that "This is ElswordPH , go back to your servers!"

Nope , There is currently NO local servers for SEA players like myself.

I've waited for one for 4 years , there is none. PH is the closest we can get to and It's LAG FREE because we are close to PH. (Being called a lagger left and right in other servers is NOT fun)

Aside from this region block issue , Garena messed up and local Philippines IP addresses are affected as well.

Instead of individually collecting everyone's traceroute results , It will benefit everyone greatly if you would be kind enough to do a mass fixing of all the affected IP addresses.

That way , Some of my affected guild members won't have to wait for who knows how long until they can play the game again.

You see how this is a huge problem? Not only players outside of PH is affected but even players living in PH as well!

Do you agree with most of my points above?

Sign this petition now and I'll give you the greatest "thank you" in the world from the bottom of my heart and let's show Garena that they need to do something if they want everyone to enjoy the game.


(P.S : Dear Garena , We know you have a contract with KoG , BUT You made that contract seemed invalid because there wasn't any region block from the start , It isn't nice when players had already invested their money into your server and the region block was just implemented one day without any warning whatsoever.)