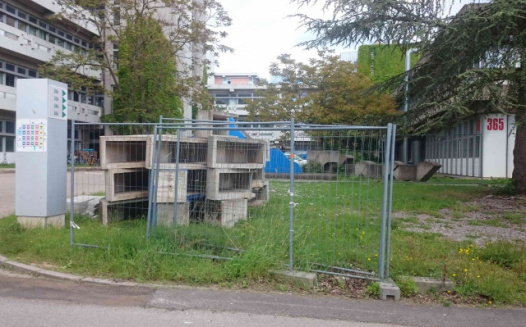 Lift the barbeque ban in Theoretikum!

There is no nearby alternative site for outdoor gatherings where a barbeque is permitted. The official "Grillplatz" next to INF292 with its fireplace, seating and grassy surrounds would seem perfect, but cannot be used due to the nearby URZ containers which appear to have become a permanent fixture.