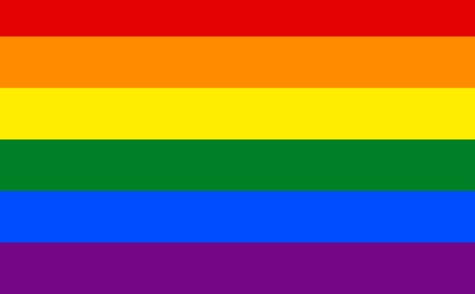 LGBT people wanting to see themselves in Disney or Marvel aren't pushing a political agenda. We just want to see ourselves as heroes too. It's not some evil plan to convert kids. We were kids who never saw ourselves represented and it was lonely. We want inclusive stories. I knew who I was at a very young age. If I had some type of representation growing up I would have been more confident with myself. 100 Disney original movies but not a single one with an lgbt character. have lgbt characters in disney movies, in tv shows, books, whatever. it's important to represent this to kids because I never got that and I want the younger generation to have it. You will not confuse them or influence them at all. Being lgbt is not a choice. And honestly having lgbt characters because today's generation needs to know that it's okay a lot of the younger generation are going to get to a point in their lives where they're confused about their sexuality or whatever, and seeing that on a DISNEY show would help a lot. Please consider of making future shows or future characters lgbt. For example Riley Matthews. Giving Riley Matthews A girlfriend this would be such a huge step in the right direction for both girl meets world and disney!!! seeing riley as a lgbt+ main character on disney could give so many girls courage to discover and accept their own sexualities!!!. Not just girls but boys or gender non conforming as well.

This show is all about growing up and for a lot of kids out there, finding your sexuality is a big part of it!. It's very important to teach kids that it's okay to love themselves for who they are and discovering themselves is perfectly acceptable. I would have loved to know what it meant to be transgender at such a young age. Please reconsider on having lgbt being represented on Disney Channel.

A trans boy who wants more representation in his community.