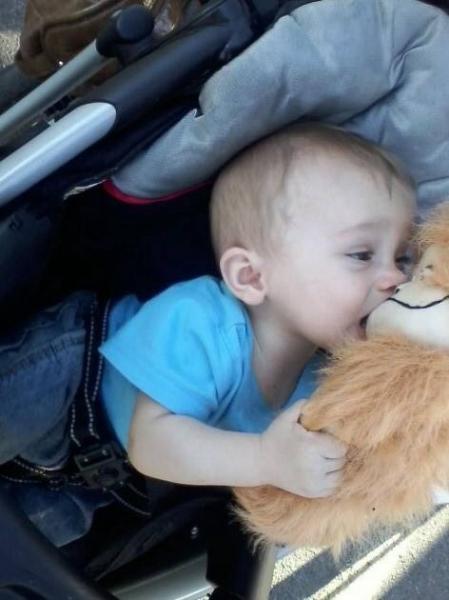 121 people have signed this petition. Add your name now!

Levon Wameling was born August 31st 2012, he was a very happy little boy and very loved by his mother Amy Warney and her whole family. But sadly Levon lived a very short life he was taken from his family on May 29th 2013 his mother left him with his father Jevon Wameling on May 9th because she was going in to rehab to better herself. On June 14th Jevon's mother started questioning him about the whereabouts of Levon because she had not seen him with Jevon in weeks, Jevon had then informed his mother that Levon was kidnapped off of their front porch 2 weeks ago, his mother then took Jevon to a lawyer then to the local police department to file a missing persons report. The local police searched for months never getting any leads and evidence of Levon's whereabouts. On September 5th Jevon Wameling got picked up by the Utica police and was arrested on a drug conspiracy charge and one day after his arrest he finallyconfessed that Levon had died in his sleep, he said he panicked and stuck Levon's little body in a back pack filled with rocks then dumped his body in the Mohawk River not that far from where they lived. 'Levon's law' is a law that many people would like to be made , I am trying to get as many signatures as possible to help try and pass this law. 'Levon's law' is a law that will make it a class c felony if a Parent or guardian fails to report a child missing or dead with in a reasonable amount of time for example children 4 and younger need to be reported with in 1 hour, children ages 5 to 9 with in 2 hours, children ages 10 to 15 with in 12 hours and ages 16 to 20 with in 34 hours. If 'Levon's law' was already in effect back in May of this year Jevon Wameling would have been looking at 7 and 1/2 to 15 years in prison right off the bat, on top of all the other charges he is now looking at. He should be looking at 15 to 30 years in prison but he isn't, he was charged with Second degree manslaughter, burglary, and conspiracy which he will be serving concurrent so he is only getting 7 1/2 to 15 yeas. Please help me get 'Levon's law' passed and stop this from happening to anyone else. No one should ever wait to report their child missing or the death of their child because every second counts and waiting does nothing but add more pain and stress of loved ones.