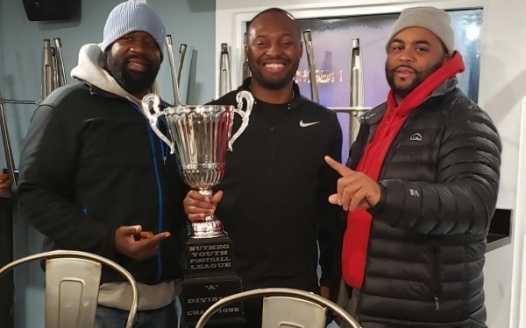 Drop The Suspension - Let Them Coach in West Hartford!

FALL UPDATE - The West Hartford Youth Football League (WHYFL) unfortunately continues to double down and stand by this unfair suspension which they have levied against the coaches. Even though many concerned parents and town residents have reached out to the (WHYFL) Board of Directors on this issue, the league President refuses to even grant these coaches an appeals hearing; which per their bylaws, the coaches are entitled to. The coaches have made themselves available and continue to do so in order to get this issue resolved, but the league President is not interested. The coaches still maintain they have not done anything wrong and will continue to fight. The (WHYFL) receives the following from the town of West Hartford: access to West Hartford fields\facilities, some funding for yearly operations, and membership in the West Hartford All Sports Council. West Hartford Leisure Services works very closely with the West Hartford All Sports Council. This is not how a volunteer youth football league, which has a relationship with the town of West Hartford, should be operated. These men are dedicated volunteer coaches and West Hartford residents who have absolutely been treated unfairly in comparison to their peers. The youth of West Hartford deserve better from the football league which they play in. The parents, who have supported this league, deserve better from the West Hartford Youth Football League. Please continue to support them as they will continue to fight for what is RIGHT!!

LATE SUMMER UPDATE - THE COACHES WOULD LIKE TO THANK EVERYONE FOR THEIR SUPPORT REGARDING THIS UNFAIR TREATMENT WHICH THEY HAVE RECEIVED REGARDING THIS COACHING SUSPENSION. ALL OF THE PETITION SIGNATURES AND EMAILS, WHICH THEY HAVE RECEIVED, ARE GREATLY APPRECIATED. UNFORTUNATELY, THE WEST HARTFORD YOUTH FOOTBALL (WHYFL) LEAGUE HAS NOT TAKEN ANY POSITIVE ACTION AS IT RELATES TO HOLDING AN APPEALS HEARING, REMOVING THE COACHES SUSPENSION, NOR ISSUE AN APOLOGY TO THE COACHES. INSTEAD, THROUGH THEIR ATTORNEYS, THE (WHYFL) HAS SENT INDIVIDUAL LETTERS TO EACH OF THE COACHES. THE LETTER WAS CLASSIFIED AS A CEASE AND DESIST BY THEIR ATTORNEYS AND HAS A THREATENING TONE; AS OPPOSED TO ONE OF RECONCILIATION. THE COACHES ARE VERY DISAPPOINTED WITH THIS LETTER, BUT THEY ARE NOT BROKEN!! LOOK FORWARD TO UPDATES IN THE FUTURE.

On July 2nd 2020, Elton Thomas, Matthew Lampkin, and Courtney Robinson, were unfairly suspended, for up to 2 years, as volunteer coaches by the West Hartford Youth Football League. They were suspended for sending out an email, inviting their players to a FREE training session, hosted by them. The email was sent in the spirit of the coaches always trying to provide improvement opportunities for their players. Currently, the coaches are not allowed to coach, volunteer, or participate in any capacity within the league for the next 2 years. There is NO justification for this suspension. The coaches were not allowed to speak as a group to the board; but instead were made to answer these accusations individually. The coaches were denied an appeals hearing and also told the board's decision was FINAL; with no higher authority they could appeal to.

We need your help in rectifying this unfair situation for these well respected and hard working coaches. Please sign this petition if you agree the following needs to take place:

1. The West Hartford Youth Football Board of Directors needs to hold an appeals hearing, for these 3 coaches, regarding this matter. The hearing should be OPEN TO THE PUBLIC (parents of West Hartford Youth football players and the general public). The hearing can be held via Zoom or in a socially distanced environment. The Board of Directors needs to explain their reasoning for this unfair and unnecessary suspension.

2. The West Hartford Youth Football Board of Directors needs to overturn the suspension of these 3 coaches.

3. The West Hartford Youth Football Board of Directors needs to schedule the appeals hearing to take place by Monday August 10th, 2020.

4. In the event the suspension is overturned, the West Hartford Youth Football Board of Directors needs to issue an apology, via email, to the parents who received the board's email, on June 26th 2020. This email accused the coaches of committing an unauthorized activity.