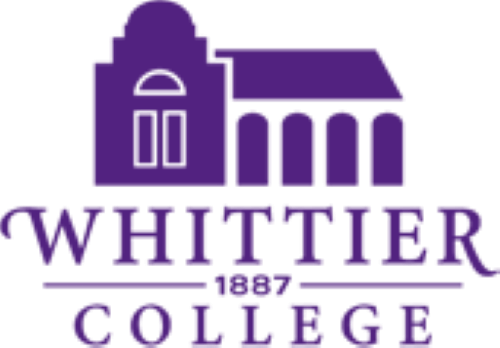 Letter to the Board of Trustees of Whittier College - Football, Lacrosse, Golf

To: WHITTIER COLLEGE BOARD OF TRUSTEES

After carefully reviewing the announcement regarding the discontinuation of the Poet football team, men’s lacrosse, and men’s and women’s golf, it is apparent that there is a clear lack of leadership at Whittier College that is proving detrimental to its long-term viability as a successful institution. We as alumni of Whittier College are completely against the decision, the rationale stated as the reasons, and the manner in which it was announced. The announcement is flawed in a number of ways. Apparently, there was a three-year review process with “much careful deliberation.” That review was conducted with zero input from alumni, the athletic department, or faculty. So much for transparency or involvement from key stakeholders.

The decision was made because of three reasons: football participation is in decline across the United States, two other SCIAC teams dropped football, and concerns of CTE. The lack of analysis and connecting the data directly to Whittier College is embarrassing. What does a decline in nationwide high school football have to do with the football team at Whittier? Apparently, we need to be educated on correlation versus causation. The writers of the announcement never indicated that the decline in high school football is causing a lack of players for Poet Football. (As an aside we note the plagiarism by the writers who simply copied a Forbes article and passed it on as their own.) https://www.forbes.com/sites/rogerpielke/2020/01/28/the-decline-of-football-is-real-and-its-accelerating/?sh=16b09f062f37

Similarly, there is a statement regarding “attendance at top-level college games declined,” what does that have to do with Poet Football? The announcement continues on with pointing to Oxy and Caltech dropping their football programs, another glaring example of poor analysis. Oxy dropped its football team because of a lack of athletes. None of the announcements from Oxy reference high school participation declining, lack of attendance, or CTE as issues. Whittier College Football had 76 players on the roster this year and was actively recruiting and getting ready to sign a new class! Caltech’s football team became a club sport in 1987, again because of a lack of athletes. The comparisons to high school, attendance at top-level college, and Oxy and Caltech have nothing to do with Whittier College.

Randomly and awkwardly the authors of the announcement toss in a statement about being concerned about CTE and then roping in lacrosse. We don’t see any indication that other entities at any level are wholesale dropping football and lacrosse based on this. Was there a study on SCIAC players and CTE? Is there now a comparison between a football player from Whittier and a Division One player who continues on to pro football for several years? Or is the analysis just to shout and point to CTE and then move on?

Why would you drop golf for men and women now? Golf has never been more popular in the United States, ever. Take a look at the statistics at https://www.ngf.org/golf-industry-research/ (see this is how you cite and not plagiarize). More embarrassing is the fact that golf has the exact opposite issues you state as reasons to drop football and lacrosse. Golf is not a contact sport and it is growing across all demographics at an unprecedented rate. To further show the utter lack of reasoning, golf at private high schools and small private colleges is typically the least expensive sport to support! The alumni writing this letter are one hundred percent certain that with a minimal campaign the Poet Golf Program could be fully endowed strictly by alumni funding.

The Alumni signing this letter request: 1. A vote by all Faculty for confidence/or no confidence in the President and Chairman of the Board (vote must be anonymous) 2. Full reversal on the decisions, 3. Full transparency on the three-year report regarding the decision to drop these three sports, 4. The chance to fundraise the necessary capital for all three sports, and 5. The President and the Chairman of the Board to resign based on the violation of the Code of Conduct.

From the Board of Trustees Code of Conduct;

The Whittier College Board of Trustees shall conduct themselves in a manner that is in keeping with the mission, culture and traditions of the College.

If we continue cutting ties to our rich and storied past, this institution will soon have no future.