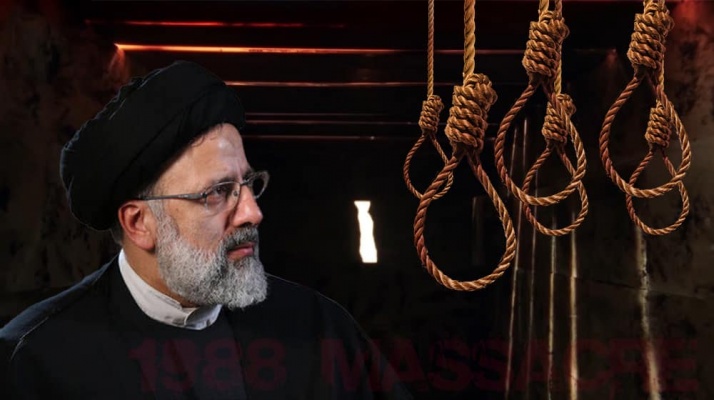 The 76th session of the UN General Assembly (UNGA 76) will open on Tuesday, 14 September 2021. In this assembly, Ebrahim Raisi the president of the cleric regime ruling Iran is expected to address world leaders. We write with dire concern to ask for your administration’s strong and immediate actions to reflect that Raisi does not represent the people of Iran.

We trust that that you would highlight, in your own address to the UNGA, the views reflected by a large bi-partisan voice in U.S. Congress, U.N. experts, and the Amnesty International that Ebrahim Raisi should stand trial before international tribunals for crimes against humanity, for his key role in the 1988 massacre of thousands of political prisoners in Iran.

Furthermore, we kindly ask that you echo, in your own address to the Assembly, the Iranian people’s rejection of the Iranian regime, as evident in unprecedented boycott of Iran’s sham elections, and the nationwide and continued uprisings of the Iranian people who seek a democratic, secular, and nonnuclear Republic of Iran.

Certainly, your words will need to be followed by your administration’s impactful actions directed towards blocking Iranian regime’s violation of human rights, and their export of terrorism in the region and beyond.

On the day when the outcome of the sham Iranian presidential elections was announced (June 19, 2021), Amnesty International stated: “That Ebrahim Raisi has risen to the presidency instead of being investigated for the crimes against humanity of murder, enforced disappearance and torture, is a grim reminder that impunity reigns supreme in Iran.” In 2018, Amnesty International documented how “Ebrahim Raisi had been a member of the ‘death commission’ which forcibly disappeared and executed in secret thousands of political dissidents in Evin and Gohardasht prisons near Tehran in 1988. Amnesty had stated that “the majority of the victims were affiliated with the PMOI [the main Iranian opposition movement, the Mujahedin-e Khalq, also known as MEK/PMOI], adding, “the circumstances surrounding the fate of the victims and the whereabouts of their bodies are, to this day, systematically concealed by the Iranian authorities, amounting to ongoing crimes against humanity.”

Amnesty International’s statement further included that: “As Head of the Iranian Judiciary, Ebrahim Raisi has presided over a spiraling crackdown on human rights which has seen hundreds of peaceful dissidents, human rights defenders and members of persecuted minority groups arbitrarily detained. Under his watch, the judiciary has also granted blanket impunity to government officials and security forces responsible for unlawfully killing hundreds of men, women and children and subjecting thousands of protesters to mass arrests and at least hundreds to enforced disappearance, and torture and other ill-treatment during and in the aftermath of the nationwide protests of November 2019.”

As Iranian-American scientists and professionals who are deeply concerned about the suffering of the Iranian people under the brutal ruling regime in Iran, we believe Amnesty International’s report only scratches the surface of the crimes the Iranian rulers have perpetrated against the people of Iran, as well as the countries in the region. There is an abundant of evidence that Ebrahim Raisi is responsible for illegal imprisonment, torture and murderous execution of as many as 30,000 political prisoners in 1988 and many thousands since then. Hamid Nouri – a deputy prosecutor in the Gohardasht prison, and a subordinate to Raisi’s death commission, was arrested and is currently undergoing trial in Sweden for crimes against humanity. Allowing Raisi to address the UN Assembly will be an insult to humanity and in particular to the family members of his victims, as well as the values that this country was founded on.

We, respectfully request that your administration take note of 250 bi-partisan House members who co-sponsored, H.Res. 118, which stated, “the United States should be involved in any establishment of an international investigation into the 1988 extrajudicial killings of Iranian dissidents.” We expect that your administration would take the lead at the UN to establish an international investigation to hold Raisi accountable for crimes against humanity. This is an important step for the U.S. to make human rights and democracy a central element of its policy on Iran.

Furthermore, we ask that your administration develop and implement decisive policies and roadmaps that side with the Iranian people and their legitimate desire for a free, secular and democratic republic, and will end Iranian regime’s malign and dangerous expansion of its terrorism globally, and destabilizing activities in the region.