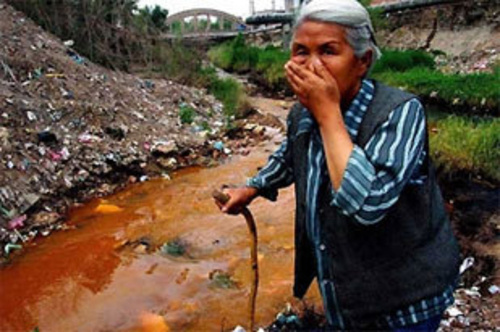 When harmful substances are added to water, the water becomes lethal for any kind of life. 783 million people around the world do not have access to clean water. Humans are the main cause for water pollution because some people are too LAZY to throw their plastic bottles into a recycling bin. Instead, they throw them into oceans, lakes and basically anywhere just to get rid of them. Factories also seem to dump a lot of their waste into nearby bodies of water. Unfortunately this can be deadly for the marine ecosystem. Animals that mainly get affected by water pollution are, sea turtles, whales, seals, fish, birds, and so much more! China is the world's most contributed country to water pollution. The Yellow River also known as the Huang He has so much pollution, the water turned yellow! (as seen in the picture). Water pollution is a problem that has been going on for a long time so not many people pay much attention to it, by not paying attention the situation has gotten WORSE than before and we need your help to stop it! We are hoping to raise awareness for this problem and maybe countries like China, India, and mainly any country that contributes to water pollution can have a change of laws so that water pollution can have a stop one and for all! By signing this petition you can help raise awareness for this ongoing issue. It only takes a second to sign so please help! Thank you.