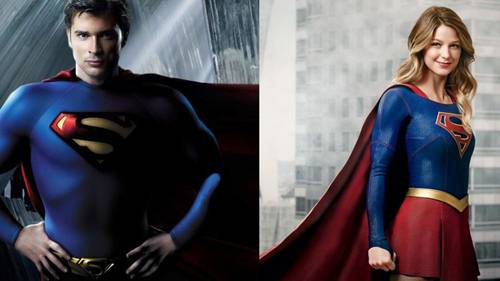 Hey all DC comic, Smallville, Superman, and Supergirl fans, I have always thought (I'm sure I'm not the only one) that it would AWESOME to see Tom Welling guest star in an episode of Supergirl. Being DC comics has made it clear that their television universe and movie universe are completely separate it's completely possible to have Tom Welling guest star as Superman on Supergirl. I was thinking it would be really cool to have him appear in an episode or possibly appear on a special 2 night crossover of Supergirl and The Flash being the recent Supergirl/Flash crossover was so well perceived to assist fighting a big bad. Below I have included a link to a interview where Tom Welling expressed interest in guest starring in an episode of Supergirl simply saying, "No one has approached me yet." I'm sure Smallville fans would love to see Tom Welling in the suit one more time. If you feel as I do then please sign this petition so we can show the networks that there is a VERY LARGE fan base that would enjoy and want to see this happen!