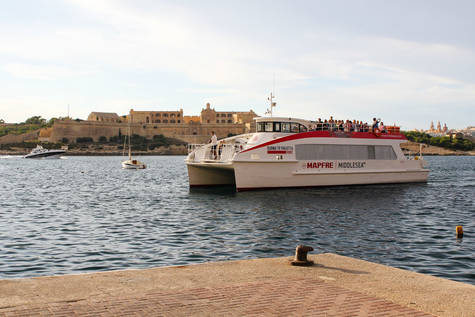 374 people have signed this petition. Add your name now!

One of the most prominent problems in Malta is traffic congestion. Several issues contribute to such problems, but are we making the best use of Malta's surroundings? Our coastline is surrounded by various points which would accommodate ferry services around it. Evidently the current ferry service is efficient and successful in every aspect, so why not take a step further with extending it into more locations? A solution for traffic congestion might come with such an extension. We would be allowing people to have alternative routes to reach their desired destination, instead of relying on buses only. So why not take a step forward and have such an appealing and fun way of travelling?