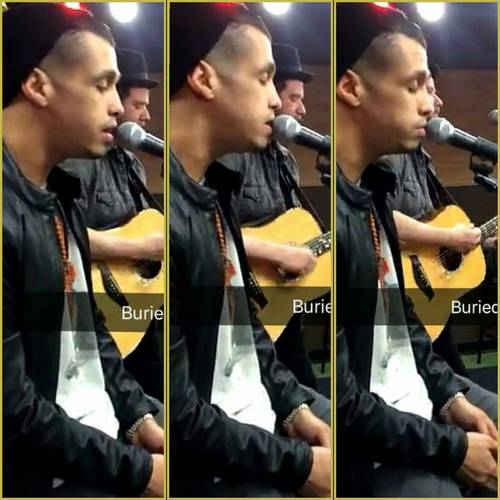 Let's Get Erik-Michael Estrada to Meta Con in Minneapolis!

The talented Erik-Michael Estrada is best known for his gorgeous voice as one-fourth of the multi-platinum selling boy band O-Town. He is also an extremely gifted actor who has starred in multiple films including his latest project Dead 7, a post-apocalyptic, zombie movie written, produced and directed by Backstreet Boys member Nick Carter which aired April 1st on Syfy. Carter chose members of boy bands from the late 90's/early 2000's era including fellow boy band members Howie Dorough and AJ McLean; N'SYNC members Joey Fatone and Chris Kirkpatrick, 98 Degrees member Jeff Timmons and also O-Town members Erik-Michael Estrada, Trevor Penick, Jacob Underwood and Dan Miller, to star in Dead7 which, by the way, is a phenomenal movie.

To further promote Dead 7, Bloody Bombshell (@bloodybent) has taken on representing Erik-Michael Estrada along with other Dead 7 cast members at Comic Cons across the U.S. If you would like to see Erik-Michael Estrada at a Minneapolis Comic Con, please sign this petition and also share it on Twitter tagging @bloodybent and also @iamerikestrada. If you know of any comic cons in Minneapolis and the surrounding area, please feel free to comment below. Thank you in advance for your help in getting Erik to a Minneapolis Convention.