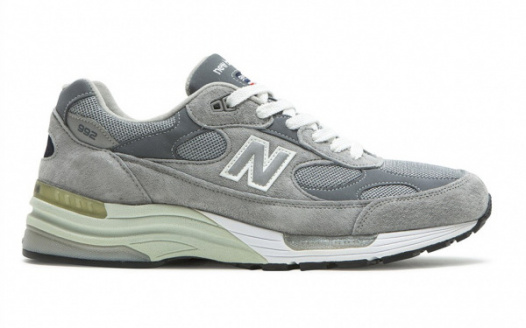 Steve Jobs was a huge fan of New Balance 99x series. Being spotted several times wearing them in public or when presenting new Apple products, the 992 was his favorite choice.

"The New Balance M 992 was released on the year New Balance celebrated their 100th year anniversary, 2006. With the calendar filled with special releases and heritage throwbacks to mark key moments in the brand’s history, New Balance continued to press into the future with the M992. The new release brought the all-new ABZORB SBS to the table, which enabled it to stand tall among a throng of hyped anniversary drops. Where previous iterations of the proprietary cushioning contained foamed rubber, the new version was a non-cellular elastomer – squishy rubber that would always bounce back, even after years of crushing abuse. The new tech was placed under the heel and forefoot to provide optimal cushioning and a smooth transition throughout the stride."