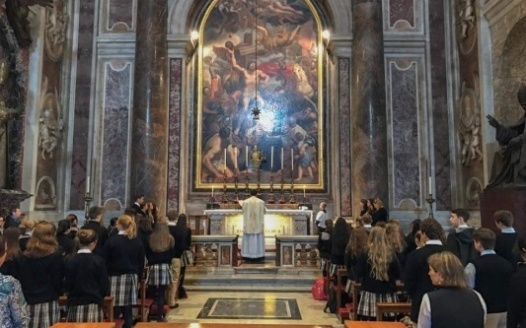 Let us Pray in St. Peter's

Whereas St. Peter's Basilica was built starting in the 2nd Century as a place of pilgrimage for all Christians.

Recognizing that for many since the second Vatican Council the vernacular Liturgy is desirable for actual participation. And, that pilgrims visiting the Basilica, including priests, speak dozens of vernacular languages, and may not speak the relatively regional Italian Language.

Aware that many pilgrims come to the Basilica without a chaplain and have found great comfort and spiritual benefit from being able to assist at Masses either in their own language, upon the altar of a favorite saint, or according to the rite and customs they are familiar with, celebrated every few minutes around the Basilica.

And aware that for residential priests in Rome this is often one of very few opportunities for pastoral ministry in the midst of their academic or administrative work.

Acknowledging that it is contrary to liturgical law for a priest to pray the Mass in a language he is not reasonable able to pronounce;

And that Canon Law guarantees the Right of the priest to individually say the Holy Mass and Tradition bears witness to the great spiritual efficacy of each Mass.

We the faithful, clergy, religious, and laity, do petition and request His Holiness Francis, to correct the grave injustice and restore access to St. Peter's Basilica for private Masses.