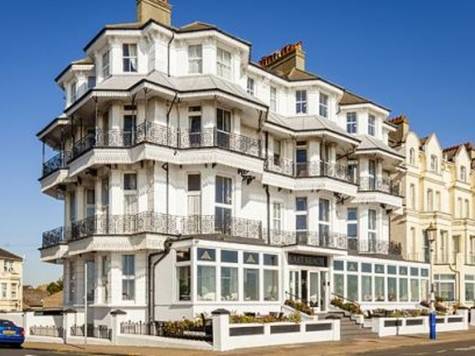 517 people have signed this petition. Add your name now!

The East Beach Hotel changed its rotten windows due being beyond repair in the summer of 2015 having taken advice from others if they had any issues in doing so. Eastbourne Borough Council has now decided that the East Beach Hotel was to be put on a "locally listed" list and that they wanted them to be replaced with very expensive wooden sash windows. These are not affordable at £250,000, require constant maintenance being on the seafront exposed to severe elements and frankly insecure and out of date in this modern world we live in. There is no grant or support for this from the local authority. They lost in their retrospective planning application and are now fighting their case. It is with The Planning Inspectorate and we have till the 12th of August to see if we can make a difference. Help keep this family run business thriving and not having to close its doors due to local Councillors being out of touch with planning policy!

The hotel stands out for being neat and tidy, not offensive. The local planning officers are out of touch with reality. Why is it that Eastbourne Borough Council have had more costs awarded against them for "unreasonable" grounds when losing planning appeals that any other in the area. since 2009 it has cost the local tax payers over £109,000. The same time in Lewes District it was zero, in Wealden District £9,000 and Rother District it was £12,000. Why is that? Is it that Councillors seem to decide planning applications however they want to, with out looking at the real policies. Why is Eastbourne Council wasting such vast amounts of tax payers money?

When the owners were buying the hotel they were almost gazumped at the 11th hour by the tune of £50,000. One of the partners involved in that was Mr Colin Murdoch, who now sits on the planning committee. Councillor Murdoch felt it appropriate to have a site visit to the hotel on the 19th of December 2015, he felt it appropriate to stand outside the hotel and comment with 2 other Councillors (5 failed to turn up due to Christmas shopping). The application went for decision before the planning committee on the 5th of January, at the beginning of the meeting the Solicitor asked if there was any interested parties or anything anyone needed to declare. Nothing said. Having been told twice by the officers at Eastbourne Borough Council Heidi Cowderoy the owner was not allowed to speak. She was then invited to do so before the committee. She was unprepared and not expecting to speak. She did however state that she thought it was disgusting that Councillor Murdoch had not at this point recuse himself from the vote. After a few words from the solicitor Councillor Murdoch did abstain from voting, however how much sway did he have? How much comment had been already discussed at the site visit?

The Owners of the East Beach Hotel are still in debt to the tune of £50,000 due to a Councillor at Eastbourne Borough Council. Please help me to support them by not making them £300,000 pounds in debt due to the Local Councillors stupidity. Support them not to lose their home, business and jobs for 16 staff. The hotel is neat, tidy and non-offensive. No one notices that they have been changed, except the guests who love them.

I have been bringing a group to the hotel for over 20 years and all of the improvements done have been essential repairs. It’s now beautiful. Let them carry on the good work.