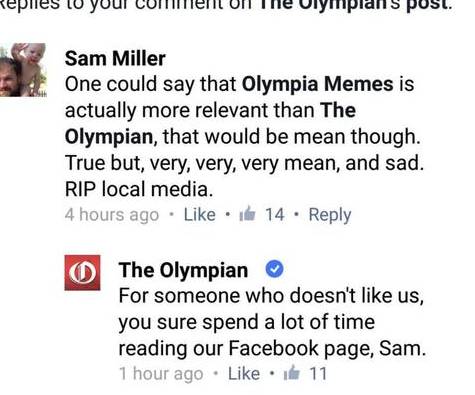 On July 1st 2015 Olympia Treasure Sam Miller was banned from commenting on The Olympians Facebook Page after they posted an article about a new type of "Thin" Oreo Cookie to which h responded "Will it be as thin as your paper?". This comment was hilarious and factual seeing as how The Olympian Newspaper has become very, very, thin, literally and figuratively. In the past Sam had recently received feedback, negative feedback, but feedback nonetheless, after another hilarious and accurate statement about the relevance of our once proud local newspaper. Tell The Olympian to let me comment on their page.