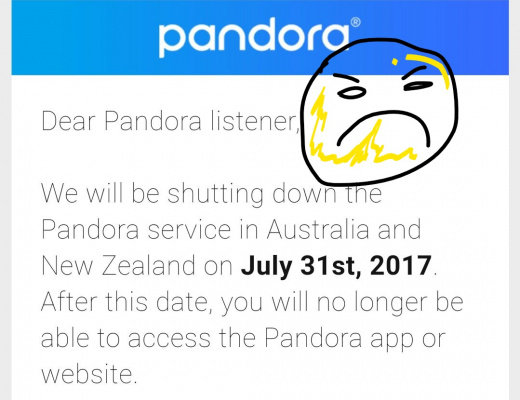 Pandora's shutting down AGAIN in Australia and New Zealand. Some of us NEED Pandora and don't want to be stuck with its competitor alternatives. And even more people are tired of having content blocked due to geographic imaginary borders. Sign for your support in keeping Pandora open - it's a step in the direction of keeping the web open.

Pandora will cease service to Australia and New Zealand on July 31, 2017. Let's show their new executives how many pissed off convicts they've got on their hands! Also note whether you're willing to commit to a paid Pandora service. The decision to shut down is based on the ledger book, so we can directly influence the decision by addressing the book.