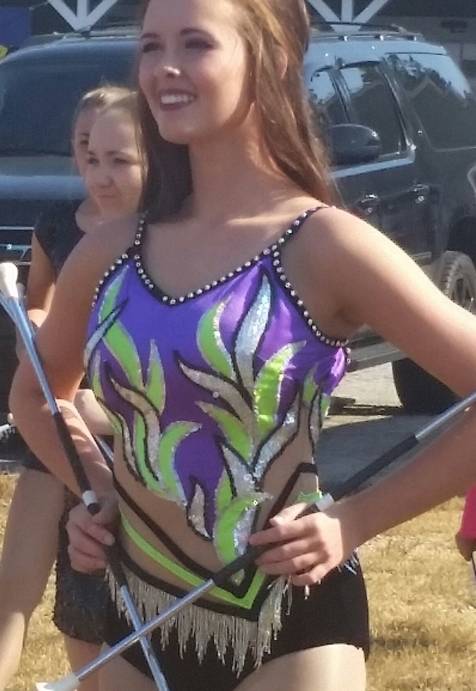 Kristy is an upcoming Senior at East Hall and has looked forward to twirling for the East Hall Band since she started twirling at the age of six. She was not allowed to her Freshman, Sophomore or Junior year because they had a twirler and the director would not let Kristy try out or twirl along side the other twirler on the field. Yes only one can go to the 2 or 3 competitions unless you have more than 4 - we volunteered not to go to the competitions; she just wanted to twirl on the field. There's been at least 3 other twirlers in the last couple of years that wanted to twirl as well my daughter isn't the only crushed my this decision. Well the current twirler graduates this year and instead of letting Kristy twirl her senior year he has decided there isn't enough interest in twirling so he's cutting it from the program. Kristy holds several state and regional titles but can't showase her talent for her home football team. Let's show the director that there is plenty of interest in seeing a twirler on the field! A million signatures may not change his mind but I won't go down without a fight!!!