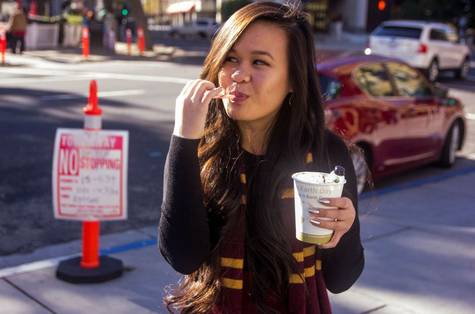 Let Jillian Audition for the Musical

Jillian Nguyen, a junior at Piedmont Hills High School, is a third year drama student. Since freshman year, she has been longing to join a PHHS Drama Department production, but has never been able to commit due to the wishes of her parents. Such has resulted in 3 fall plays and 2 spring musicals that now exist as missed opportunities for Jillian.

Theatre is a powerful art that allows actors and actresses to morph into different characters, live the lives of colorful roles, walk in new worlds, and fight through empowering obstacles. As neuroscientist Kristin Shumaker argues, “Theatre is an excellent medium for helping us start to understand aesthetic experiences that are extremely complicated. Unlike simple conversation, which is complex enough, theatre combines everything from physical movement to auditory and visual stimuli.” Jillian is a young girl who cares deeply about her academics, juggling multiple AP classes and maintaining her weighted GPA of 4.3. She additionally is able to maintain extracurriculars such as historian in community service organization Interact, treasurer in the PHHS film club Premiere Studios, secretary in Drama Club, taekwondo, piano classes, and her leadership group at church. Even with her involvement, Jillian believes that she can manage and prioritize her schedule after doing so already for her entire life. She longs most to act, sing, and dance onstage in a school musical for the first time in her life.

Now that the 2016 PHHS spring musical has been announced to be Bye Bye Birdie, she wishes to be able to audition for the show and hopefully work with her senior friends one last time before they graduate and leave as alumni. Through signing this petition, you are showing your support for a young girl who dreams of the opportunity to showcase her talent in a 1960 Tony Award winning Broadway show.