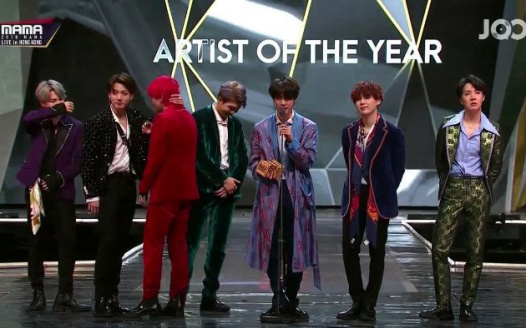 By signing this petition, you are telling the world that you are not only grateful for what BTS has already given you, but that you support their personal health, happiness and decisions above all else, and that you will be strong enough to continue on living alongside them in this world, no matter where their individual paths lead.

BTS have done so much for ARMY's throughout the years. They saved so many, and lifted up even more. They gave us wings and let us know that it's okay to fly. For years, they have worked tirelessly to make us all happy and proud. And they have achieved every goal they have aimed for.

So it was a shock to many to hear that this year, they came close to disbanding. It wasn't only Jin’s courageous words at MAMA that stirred the emotions of fans, but actions and words from the other members. Fancafe messages that are strangely melancholy, members acting differently than we've ever seen..

Some ARMYs are choosing to believe that everything is fine, just being thankful that BTS remained together. But there are still others who can sense under the surface that something has changed this year, and that there are more changes yet to come. Every fan is reacting differently to the recent events, some with shock and contemplation, others with fear and denial.

BTS became some fans very reason for living, for some. But the fan/artist relationship can be a dangerous coping mechanism when it's used as a crutch instead of the helping hand that it should be. Knowing that your fans are comforted by your work is ultimate validation to many artists. But feeling like someone can’t live without you is an enormous responsibility and pressure. And no one should have to bear the weight of millions of lives depending on them.

In some members' latest fancafe posts, they mentioned a time in the future where things will have come to an end, and expressed their wishes that the memories we have all made with them will continue to comfort us. I believe BTS may be worried about what will happen to their fans when they do split. And I'm worried that they are putting the fans before their personal wishes and needs as human beings.

I hope that ARMY can raise their voices now in support of BTS well-being and happiness, rather than encouraging them to stay together no matter what hardships their high-pressure careers may be bringing them. My hope is that BTS will feel free to make their decisions in the future based on what they personally feel is best for them, instead of feeling pressured to live their lives to make others happy.

I have already seen many fans expressing that they want BTS to be happy first and foremost, but BTS needs to know, too. To know that all of the memories they've created will be enough to continue to comfort ARMYs throughout their whole lives. To know that they have already given enough. My hope is that this might comfort BTS, as well as give them the freedom to move on to other things - whenever they are ready - without being burdened by guilt or anxiety.