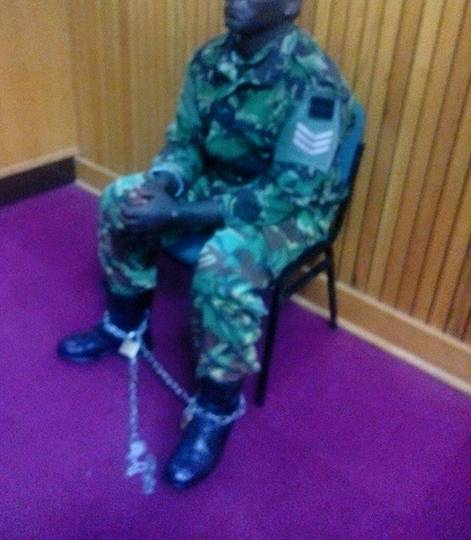 Lesotho - The Kingdom turned into Blood bath – Basotho needs you

490 people have signed this petition. Add your name now!

Lesotho went to poll within five years after the elections following the recommendation of SADC after the prorogation of the parliament by the then Prime Minister. Following the elections, we have seen unbearable pain, suffering, torture and inhumanity actions against the Citizens, mainly among the LDF and opposition supporters. The Human Rights does not exist in Dr Mosisili’s Rule.

The Ministry of Defence (Lesotho Defence Force) which the highest budget than any ministry is terrorising the nation under the guidance and supervision of Prime Minister and Deputy Prime Minister. Does Lesotho really need the armed forces?

Following the 3 residential houses bombing in Maseru 26th January 2014, Lt. Gen Kamoli refused to hand over the 8 LDF suspects in connection with that.

On the 10th May 2014, a young woman Lisebo Tang was brutally shot and killed by Lt. Gen Kamoli’s guards outside his house, no one has been brought to justice in connection with that.

Renegade LDF members raided the residential home of the late Lt. Gen. Mahao in attempted to kill him but not succeeded.

Operation led by Advocate Major B. Sechele and Captain T. Hashatsi to ambush the Prime Minister Dr Thabane travelling from the political rally led to two of his bodyguards being shot and were hospitalized in South Africa. Further attempts were made to kill them in hospital, 4 LDF members were arrested.

Mr Qobete (security guard on duty at Ministry of Education) was brutally killed by the LDF members during their attempt to ambush the PM as they came out from their hide outs.

The re-appointment of Lt. Gen Tlali K Kamoli to be the commander of LDF against the law and against the constitution by Dr Mosisili without the Government Gazette signed by King Letsie III.

The Basotho nation saw the some soldiers abducted, brutally tortured and killed including the commander of LDF, Lt Gen Mahao.

The judiciary of the Kingdom of Lesotho is not operating as an independent institution of Law. There are high profile courts cases involving deputy prime minister, minister and LDF top soldiers which no judges are free to sit on, their lives are on the knife edge.

The DPM was brave to tell the media that no court judgement will ever go against them.

Where is the Freedom of Speech?

Following the return of Dr Mosisili to power and reinstatement of Lt. General Kamoli who was removed by Dr Thabane, we saw great political instability, opposition political supporters killed and some brutally beaten by men carry AK47 assault rifles which are normally carried by LDF members.

Two private radio station presenters fled the country for expressing their rights of freedom of speech but later returned home.

There are also soldiers who have fled the country following the appointment of Lt. Gen Kamoli since 2012, the mystery remains unknown as to why Kamoli is so much feared.

Dr Mosisili, we want our leaders and all our brothers and sisters who are in exile because of your soldiers back home, to be with their loved ones and with no harm or prosecution against your false plot of mutiny.

Removal of Lt Gen Kamoli from the commander position of LDF

Ensure that LDF gets involved in community development projects as they don’t get engage in any peace keeping missions in Africa and help themselves to develop personal Life skills.

Due to no Human Rights, UNHR have regular visits/representation in the country to monitor and maintain that peoples have rights to express themselves.

Federal Government of the United States of America