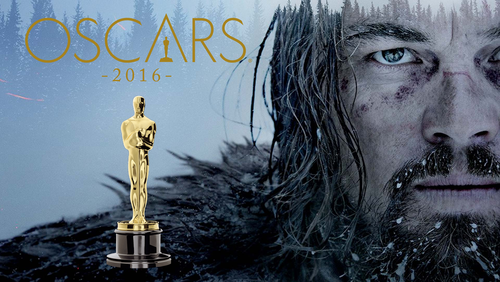 Leonardo DiCaprio deserves an Oscar for The Revenant

Here we are... The 88th Oscars are bound to start soon, on the 28th of February 2016, which means another chance for Leonardo DiCaprio to get a much-awaited and long deserved Oscar for Best Actor in a leading role.

We've had our hearts broken many times, 7 times to precise, 7 times when Leonardo should have been awarded an Oscar for his amazing performance. Here's a quick reminder of these 7 losses:

2. 2004 - The Aviator
(an amazing performance in the role of a famous historical figure)

3. 2006 - The Departed
(a breathtaking role as an undercover cop, enraging to the bone)

4. 2008 - Revolutionary Road
(everybody else was awarded something, but Leo was left behind)

5. 2010 - Inception
(where do we start? an amazing performance, amazing movie)

6. 2012 - Django Unchained
(a superb example of not breaking character even if you are hurt for real)

7. 2013 - The Wolf of Wall Street
(incredible portrayal that cannot be denied)

The above may be debatable and Leonardo DiCaprio fans may be biased, so let's bygones be bygones.

This bring us to today, in 2016: The Revenant, where Leonardo plays a 19th century frontiersman called Hugh Glass, on a quest for survival and an epic demonstration of human strength in spirit.

An astonishing performance which keeps you hooked until the very end. A character so difficult to play, in extreme conditions, with a superb cinematic experience, incredible scenery, and a story to kick you in the rear with every turn of events. It's unpredictable, it's dramatic, and it's poetic.

There has never been a more Oscar-worthy performance from DiCaprio.