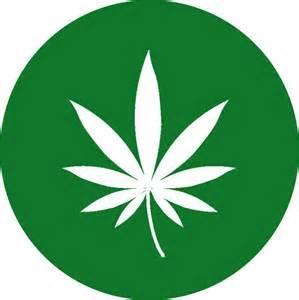 Although, medical marijuana is different, because it is measured and monitored very carefully by medical staff. Medical marijuana is a neuroprotective drug that more than 3 000 people use daily for medical benefits and is also a drug that doesn’t carry any weight. Medical marijuana can relieve pain and can help with symptoms of some illnesses like nausea, Loss of appetite, Chronic pain, Anxiety, Arthritis, Cancer, AIDS, Glaucoma, Multiple sclerosis, Insomnia, ADHD, Epilepsy, Inflammation, Migraines, Crohns disease and OCD- children.

They are many pros and cons of consuming medical marijuana such as, it is safe to use/not harmful, provides medical breakthroughs, provides a larger profit, can be effective in many ways, some people rather natural medication and it is better for the lungs than smoking tobacco.

If they are many pros there must be some cons like, it is wrong for some religions, others can inhale smoke, crime rate may go higher, increase breath holds and it can increase drug use among teenagers. 21% of teens had used marijuana is the past month in an American high school. There were no significant differences between before and after medical marijuana was legalized.

As it is still illegal in Australia it is criminal offense as it is illegal and breaking the law. 23 states in America has legalized medical cannabis because so many people are needing it. But the Australia, Victorian Parliament are taking part in a medicinal cannabis trial on ( 16 . 9 . 14 ). NSW in Australia are close to legalizing medicinal cannabis. In 2003 patients in America were able to grow up to 6 plants for themselves if they had a prescribed note from doctor saying so. 1978-1992 the government allowed selected patients to receive a medical marijuana trial for the WD compassionate access program now only 7 of those patients are still alive. Now medical marijuana is still illegal in most countries although 23 states in America have legalized the medical drug. Marijuana is still not allowed to be sold in conventional pharmacies

The health benefits of consuming marijuana have been used since 2 000 BC, when ancient Egyptians used it to cure sore eyes. Irish doctor William O’Shaughnessy first made medical marijuana popular in England and America.