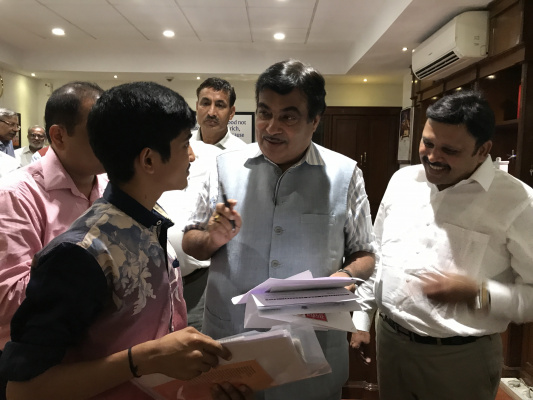 Learning License Rules Should be changed

621 people have signed this petition. Add your name now!

According to the current rules a learning license and a driving license is issued only for a 50cc vehicle under the age of 18 years. This is causing lot of trouble for young students like me as there are hardly any vehicles available which satisfy the given rules.

Also the use of a non gear vehicle has become the need of the time for students like me. As in most of the cases both the parents are working and when the student needs to a class or college the only option is using a two wheeler.

This is leading to an increase in illegal riding of two wheelers as the rules don't allow to get license.

I hereby request you to please acknowledge this issue as a serious one and renew the rules allowing the issue of license for Motor Cycle without Gear upto 125cc for the age group of 16-18 years .

According to the 2011 census in India the are around 7.5 crore youth in the age group of 16 to 18 years which are affected by this rule. In Maharashtra this number is around 64 lakhs!! The government should not forget that these youth in a couple of years will be the respected voters of this country

Moreover according to the recent numbers released today by the Pune RTO , only 3-4 learning licenses were issued to youth in the age group 16-18 in the last year. This number is very very less!

I Satyam Surana the petitioner assure you'll that this petition will reach the concerned authorities as soon as possible and the fight will not stop till the rules are not changed!!