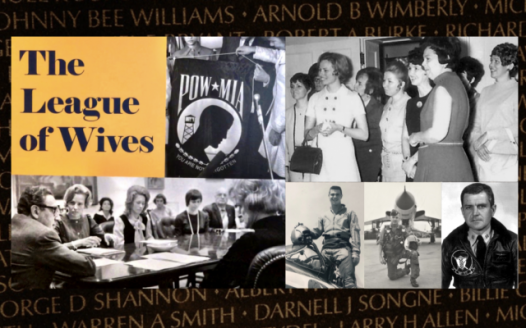 Coronado is the birthplace of the League of Wives... a group of Navy wives whose Navy pilot husbands were shot down, captured and imprisoned during the Vietnam War.

Founded and led by Coronado resident Sybil Stockdale, the League of Wives was launched to demand better treatment for their POW husbands, fight for their release, and account for missing servicemen. These brave women stood up to military protocols that insisted they be silent, they demanded accountability from the federal government, and most of all they stood up to the North Vietnamese in the name of their incarcerated loved ones.

They were strong, heroic and dedicated as they created the League of Wives, the national POW/MIA organization, and the National League of Families for American Prisoners and Missing in Southeast Asia.

*PLEASE NOTE: We are not asking for any donations with this petition, just your signatures of support and your positive comments. PLEASE CHECK THE FIRST BOX SHOWING YOUR NAME AS VERIFICATION IS ESSENTIAL! UNCHECK THE SECOND BOX IF YOU DON'T WANT TO RECEIVE EMAILS FROM THE PETITION COMPANY.