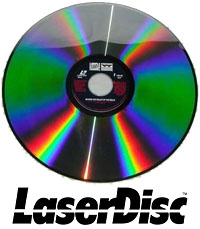 What is LaserDisc?... LaserDisc or (LD) is a home video format and the first commercial optical disc storage medium, initially licensed, sold, and marketed as MCA DiscoVision (also known as simply "DiscoVision") in North America in 1978. The technologies and concepts behind LaserDisc are the foundation for later optical disc formats, including Compact Disc, DVD, and Blu-ray Disc.

This petition has been setup for and on behalf of the people who love and collect this beautiful iconic optical disc storage format. From this petition we hope to address the support that LaserDisc still has in the 21st century and the possibility of LaserDisc making a return in some form?

And, or... Potential future (software) applications for LD (revised format)