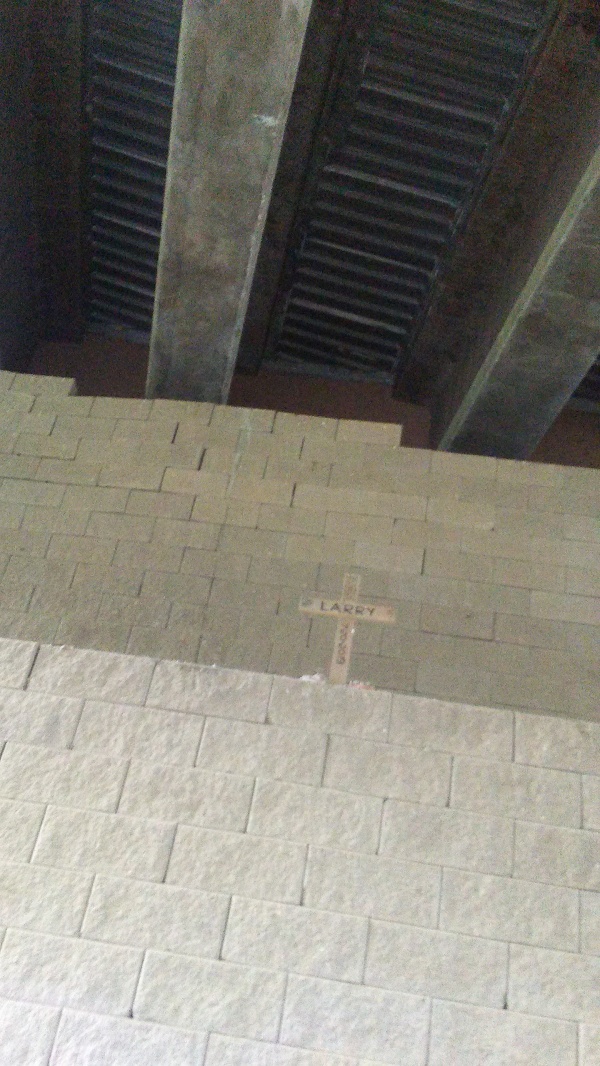 You may remember Larry Gibbs: Most often, a person could find him quietly sitting under a tree in the planter next to the Meyer Hardware parking lot. He was a gentle soul, and a warming presence in town. He was so beloved and admired that--when people heard the news that Larry had passed in 2019--Goldenites created a make-shift memorial in his honor.

Recently, Golden residents have been discussing an interesting idea on the website NextDoor. Anna Smolyn, a long-time Golden resident, came up with the idea to create a small, but permanent memorial for Larry. There is a good amount of support from those who knew him, and Anna and I would like to meet with you to discuss the possibility of creating a permanent, yet inexpensive, plaque in honor of him.

Here are some quotes from NextDoor in support of this idea:

He had a terrible problem with alcohol but was always very kind and had impeccable manners. I knew on those early morn walks along the river, many pre-dawn, that I was safe because he was nearby watching me. He watched all of our lives go by. I didn’t know he had passed, but certainly noticed he was gone.

Larry was not homeless. He chose to make Golden his home. He chose not to have a conventional house. In fact Larry would sort of chase off homeless beggars. Larry never begged for anything. Larry lived in our community as we live just without a house. He kept to himself. But he wasn’t rude about it. He was very engaging. I sat and talked with Larry quite often. He had an interesting story and he was fun to talk to. Quite the personality and sense of humor.

He chose a life without a structure but his life was structured. Every day he camped, drank and ate what he could muster, greeted those he passed, watched over the town in his little square mile.

Far too often, unhoused people are belittled, abused and ignored. The desire to create a permanent memorial for a homeless man says a lot about both Larry’s character, as well as the character of the Golden residents who respected him.

To create a permanent memorial in his honor would shine a light not only on Larry--it would also shine a light on the character of the Goldenites who appreciated and respect the man.