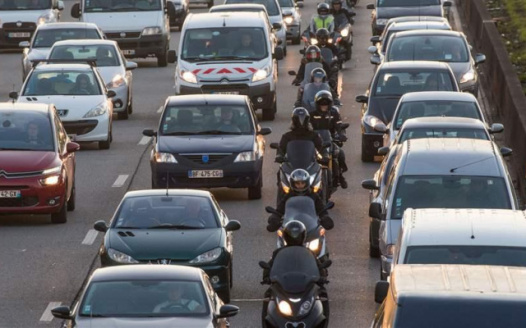 Lane splitting or filtering in idaho

The benefits of making lane splitting legal are many:
1. Lane Splitting Is Safer:
Lane splitting reduces rear end collisions for motorcyclists. This in turn decreases motorcyclist fatalities, increases safety on the roads, and decreases insurance premiums for everybody. The University of California at Berkeley published a report in May 2015 that concludes that motorcyclists who split lanes in heavy traffic are significantly less likely to be struck from behind by other motorists, are less likely to suffer head or torso injuries, and are less likely to sustain fatal injuries in a crash.
2. Environmentally Friendly:
Lane splitting gives incentive for motorists to choose a more environmentally friendly and fuel efficient choice by riding a motorcycle. Motorcycles produce far fewer emissions and also contribute to less traffic thereby reducing emissions all around.
3. Reduces Traffic Congestion:
Every motorcycle that is lane splitting is no longer taking up space in traffic. For this reason, lane splitting is legal in most all highly urbanized areas of Europe and Asia. The answer to the world's urban traffic congestion may be as simple as creating policies to promote motorcycle commuting. A detailed study by Belgian consultancy Transport & Mobility Leuven has found that a slight shift in traffic composition from cars to motorcycles significantly reduces traffic congestion and emissions.
Many groups have endorsed lane splitting including the American Motorcyclist Association. The studies which have shown lane splitting to be beneficial are plentiful! We have an opportunity to make things better for the state of Florida and to help pave the way for motorcycle safety around the country.