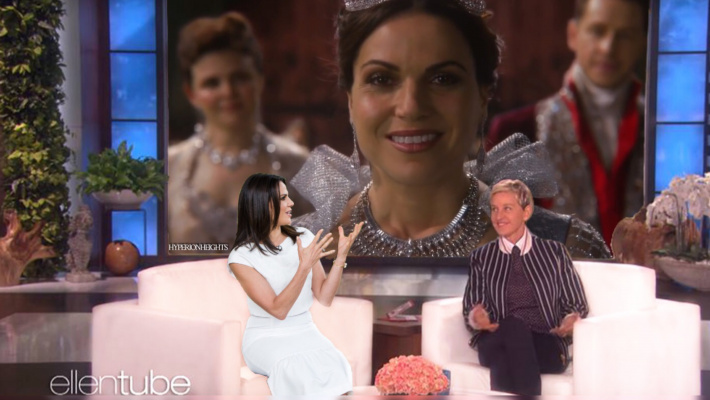 Lana Parrilla on (The Ellen Show)

731 people have signed this petition. Add your name now!

Lana Maria Parrilla Di Blasio Latin American actress and director best known for her role as the Evil Queen (Regina Mills) was the heart and soul of Once Upon A Time for seven years a show which inspired millions of people all around the world but not only did the show inspire millions around world but she did as well with her humbling personality, caring nature and captivating smile. Lana Parrilla is a role model to millions and has a strong and dedicated fan base (The Evil Regals) whom would very much love to see Lana Parrilla on (The Ellen Show) and considering Ellen and she are very much alike it would be quite the show seeing these two goof balls have a dance off, play games and converse about world politic issues in which they are both intrigued by and the LGBT which they both so proudly represent.