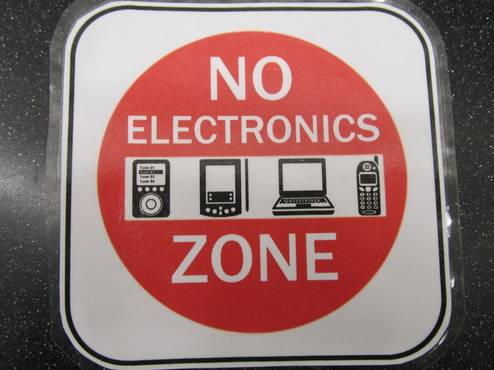 By now, all of you have heard of the new BYOL policy which requires every student to bring a laptop/netbook - with certain specifications - to school. This change to the working environment has called for a series of spontaneous changes to school policy (both directly and indirectly related to the tech policy) that have been met with criticism by many students.

One example of these changes is the opening of the MMC's upper level to all grades. While this may be an exciting change for 7-11th graders, many IB students have complained about the detrimental effect on their working environment and believe that discussing (and possibly reversing) this decision is an urgent matter.

Another example of these changes is the establishment of a "no-tech zone" in the cafeteria which appears to be slowly spreading (it now includes the Alps building). Several teachers (including Mrs Clarke and Mr Dijkstra) are worried that these expansions will harm the effectiveness of the work areas set up in the English and Maths department.

These changes threaten to encroach on the productivity and supportive atmosphere of the academic environment that the school has set up in order to allow students to "develop their abilities to the highest level of their potential" (quoted directly from the foundation's mission statement). As such, they should be discussed with the student body and council as well as teachers and administration.

Despite numerous complaints about these issues and communications with the student council and members of school faculty we are impatiently waiting for results or updates. While we realize that immediate change isn't necessarily feasible or even desirable, we expect the implementation of new policies to halt while the details of each contentious step are worked out within the academic community.