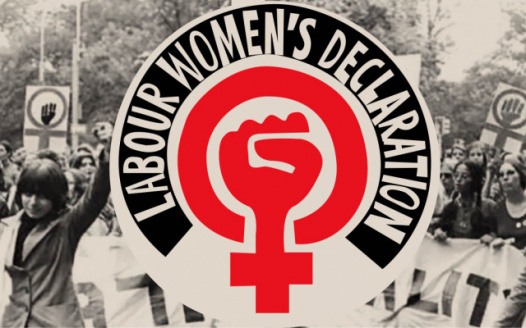 We are signing this declaration in a personal capacity. We are Labour Party supporters, members, activists, trade unionists and include nationally and locally elected representatives and officers.

The Labour Party and trades union movement has a proud history of struggle against the exploitation of women. It has stood for the rights of women in work and public life and for the safeguarding of girls. We, the undersigned, declare that:

1. Women and girls are subject to discrimination and oppression on the basis of their sex.

2. Women have the right to freedom of belief, freedom of expression and freedom of assembly (Articles 18, 19 and 20 of the UN Declaration of Human Rights).

3. Women have the right to discuss policies which affect them, without being abused, harassed or intimidated.

4. Women have the right to maintain their sex-based protections, as set out in the Equality Act 2010. These include female-only spaces such as changing rooms, hospital wards, sanitary and sleeping accommodation, refuges, hostels and prisons.

5. Women have the right to participate in single-sex sports, to ensure fairness and safety at all levels of competition.

6. Women have the right to organise themselves, as a sex, across a range of cultural, leisure, educational and political activities.

7. We condemn all attempts to undermine or limit the rights of women to self-organise and call on the Labour Party and the trades union movement to actively support these essential freedoms.

We are the Labour Women’s Declaration Working Group.

We have listed over 300 Founding Signatories of the Declaration below. They include Labour Members of the Scottish Parliament and Labour councillors. Many more have signed and continue to sign since we published in November 2019 with the original aims below:

An additional aim since the General Election is to make sure that the Labour Party builds on its commitment made to women in the 2019 Labour Manifesto, to "ensure that the single-sex-based exemptions contained in the Equality Act 2010 are understood and fully enforced in service provision".

All who support these aims are welcome to sign here.

During the current Labour Leadership election nearly all candidates have signed pledges which contradict the manifesto's commitments to sex based rights. One of the pledges even calls for women like us to be expelled from the party, and wrongly slurs A Woman's Place UK. This has been enormously disappointing, but we don't give up! The tide has started to turn and we still urge candidates to sign our Declaration in support of their and our Labour Manifesto.

You can retweet us at @LabWomenDec!

Since we formed in November we held a UK wide meeting on 2 February for LWD supporters, and activities are now planned around the UK. If you would like to get in touch message us via Twitter or Facebook or email labourwomensdeclaration@gmail.com.

Our Declaration has been featured in several Morning Star Articles, including:

"Women are rising and will not be silenced"

We were pleased with the press coverage of the Declaration on the day we published it.

(The signatories below are listed in alphabetical order by surname)