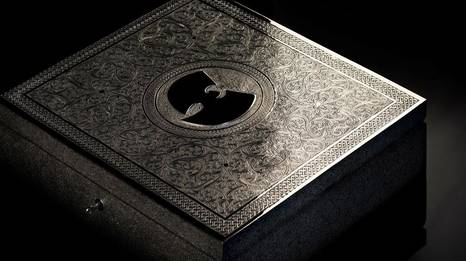 This was really the best way for artists to make music, Shkreli thought, opening the freshly delivered package. Like he had told that Bloomberg interviewer, the surest way to ensure an uncompromised artistic vision was to negotiate private, restrictive patronage by the nouveau riche on the free market. It just made sense.

He was buzzing with excitement as his hands worked the ornate clasps.Who to tweet first? Taylor. Of course Taylor. His last DMs had gone strangely unanswered, but TWO secret Wu-Tang albums would be impossible to resist.

Such was his anticipation that the box itself seemed to hum, a feeling (or sound?) that grew as he lifted the li-

They were on him in an instant. Surging forth from their Trojan-Horse packaging, the bees engulfed Shkreli's face and head, stinging ferociously as he stumbled backwards, screaming.

Nine figures emerged from the shadows of the room, encircling Martin's collapsed, quivering figure, still ravaged by the angry swarm. "Raising the price of necessary pharmaceuticals - that was critical, kid." It could only be the RZA.

Ghostface stepped forward next, in a sweatpant-clad lean that conveyed maximum disappointment.

"I gave you a GRACE period"