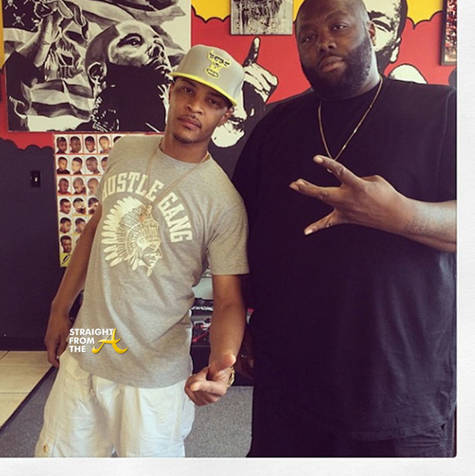 Get Killer Mike and T.I. to join our March Against Hate

This is a petition in hopes to get the attention of Killer Mike, musician and known activist, as well as T.I., musician as well as an activist. We are hoping to to get them to acknowledge our March Against Hate in hopes to have them support and even join our march. Killer Mike is a well known musician from Atlanta who spends his time fighting the good fight along with making great music. T.I. is also a well known musician from Atlanta who is known to speak out against social injustices that people go through on the daily basis. With support from these amazing, local artists, we hope our message will be heard loud and clear, we, the people, will no longer tolerate the hate and discrimination that many humans go through every day in their lives. We stand in solidarity with ANYONE who faces these cowardly acts of discrimination and hope to be joined by some of the most attentive and known local activists in hopes to motivate other local activists to join us in the resistance against hate!