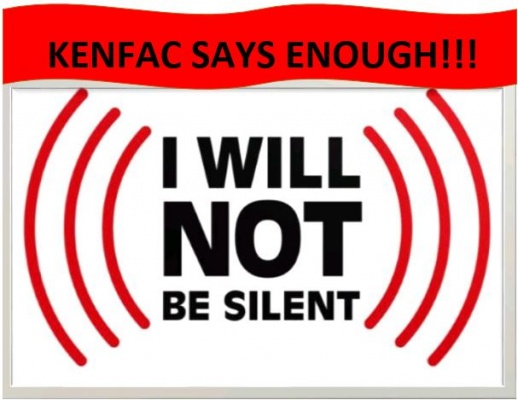 The Constitution of the Republic of South Africa enshrines the rights of all people of this beautiful nation – if that is the case; WHY HAS KENFAC BEEN LEFT BEHIND?

Kensington, Factreton(KENFAC) situated in Cape Town, Western Cape, South Africa has been turned into a warzone – a place to come and die at any time of the day. We experience daily shootings which in the last 60 days have escalated to such a degree, that we can no longer allow our children on the streets at ANY TIME OF THE DAY.

The perpetrators of these shootings are gangsters; drug addicts, drug dealers, drug bosses have turned our once proud community into a place of fear; FEAR FOR AND BY THE CITIZENS LIVING IN IT. Below we set out our present daily lives in KENFAC:

Our children (babies, infants, toddlers and youth) have become nervous wrecks, afraid to play, to walk, TO BE CHILDREN. Adults similarly have become paralyzed by fear, afraid to do normal things like practicing their religion by going to church/ attending mosques. AGAIN, THIS IS NO WAY TO LIVE!

We have exhausted all peaceful avenues to address these concerns including:

WHAT HAVE WE RECEIVED IN TURN?

SO, WHAT EXACTLY DO WE NEED?

We are a peaceful struggling community; a community where law abiding citizens are properly represented by intellectual people on all forums that deal with safety. Unfortunately, EVEN THEY GET IGNORED OR BRUSHED OFF. Hence, this final PEACEFUL ACTION on our part.

Following the handing over of this petition, we expect justifiably so, ACTION! Failure of which, we will have no other choice but to take our community back by any means possible and make known countrywide how we achieved it so that other communities can follow our example.

IF IT INCREASES THE CHANCE OF SURVIVAL OF THE 99% LAW ABIDING KENFAC CITIZENS, WE WILL NO LONGER BE SILENT!!!

Signed on this date of 04 July 2017 in Factreton/Kensington